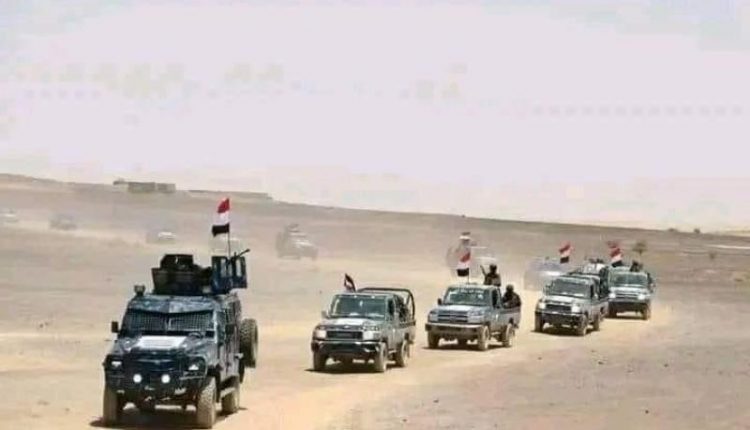 Tribal sources in Shabwah province reported that UAE-affiliated factions, known as “Shabwah Defense,” launched a large-scale military operation to control districts outside their control. Noting that the operation aims to control the eastern districts of the province, most notably Nisab district.

The campaign is supervised by Emirati officers who run it from Balhaf base on the Arabian Sea.

Although the operation bears the slogan of “fighting terrorism”, its timing indicates that it is part of Abu Dhabi’s efforts to complete its control, and securing the rest of Shabwah province districts, especially since it comes after Abu Dhabi embraced a reconciliation between the leadership of  Islah Party, the most prominent centers of influence in Shabwah are Abdullah al-Alimi and the transitional government led by Aidarous al-Zubaidi.

It is not yet clear whether the campaign is targeting Islah movement that rejects rapprochement, it is led by former governor Mohamed Ben Adio, and who re-exported himself to the scene with new tribal alliances or within arrangements to detonate the battle of oil plateau in Hadhramaut, which is close to Shabwah.

However, the move coincided with the beginning of Saudi Arabia’s eradication to UAE’s presence in neighboring Hadhramaut. it reflects fears from the fall of the most important province rich in oil and gas and with a strategic location, if not in response to Saudi Arabia’s decision to open Al-Rayyan airport, which UAE forces base in Mukalla.