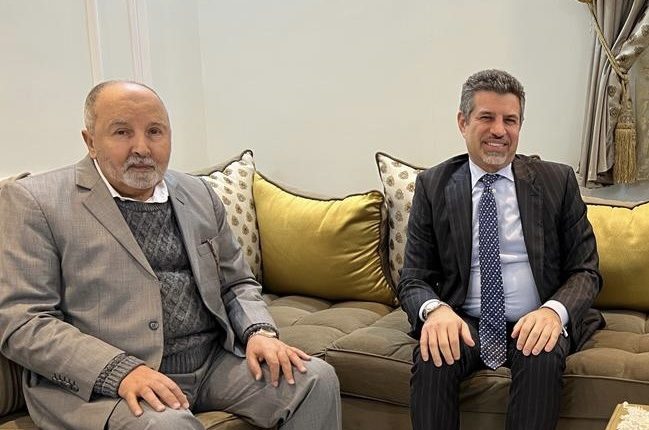 Al-Aradah Offers Deal for Sana’a Regarding Marib, Amid American Efforts to Remove Him


Sultan Al-Aradah, the governor of Marib in Aden government, anticipated international and regional moves to hand over the city by offering a deal for Sana’a.

The road has been closed since the start of the Saudi-led war years ago.

Al-Aradah’s presentation coincided with Abdullah Aboud Al-Sharif, the son of Islah branch head in Marib, revealing that Al-Aradah had directed the construction of a road from AlSamdah area, outside Marib, to Al-Jawf province, which is under the control of Sana’a, with a length of 20 kilometers.

These moves, coinciding with reports on Sana’a and Riyadh agreement regarding the future status of the city, indicate the efforts of Al-Aradah, who is under pressure to hand over the city’s revenues to conclude a deal that preserves his future status.

In light of reports about entering the city peacefully.

The United States made on Saturday, a new offer to Islah Party in return for giving up its influence in the Presidential Council.

Sources in the party revealed that US ambassador to Yemen, Stephen Fagin, presented, during his meeting with the head of the party’s supreme body, Muhammad al-Yadumi, a new offer to hand over Islah Party to head the new Aden government in exchange for PM Maeen Abdulmalik in return for the party giving up its shares in the presidency.

The American offer aims to end the race between Tariq Saleh and Sultan Al-Aradah over the position of second vice president of the Presidential Council in Aden Authority.

The party-affiliated media reported a new American plan that includes reducing the members of the Presidency Council to three, two of whom are deputies for Al-Alimi, one from the north and the other from the south.

The sources indicated that the position of representative for the south was decided in favor of Al-Zubaidi, while disputes raged over the representative of the north between Tariq and Al-Aradah.

The American plan may lead to the stripping Al-Aradah as a prelude to the implementation of Riyadh-Sana’a agreement regarding Marib.