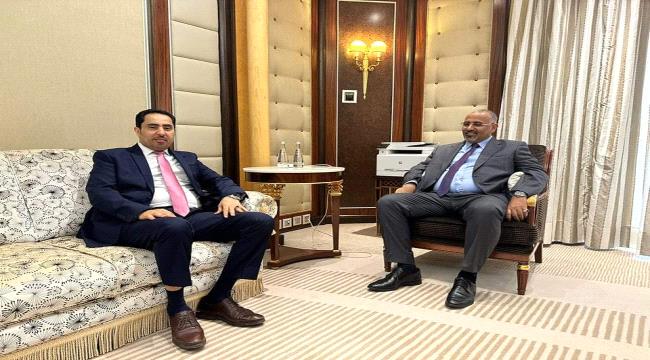 
The Southern Transitional Council (STC) agreed, to supply its revenues to a governmental bank based in Sana’a, amid reports of new arrangements that include revenue sharing between Sana’a and Aden.

Sources at the Agricultural Cooperative Credit Bank, which is based in Yemen capital, Sana’a, reported that Aidaroos Al-Zubaidi, the head of the transitional council, informed the bank’s head, Hashed Al-Hamdani, of his efforts to open accounts for the local authorities in the areas under his control in southern Yemen instead of the National Bank, which served as the central bank in what was Formerly known as the Democratic Republic of Yemen.

Al-Zubaidi and Al-Hamdani had met earlier in the Saudi capital for the first time since Al-Zubaidi was appointed as a member in the presidential council, and the transitional media reported that the meeting discussed expanding the bank’s branches in all southern provinces.

It is not yet clear whether Al-Zubaidi’s efforts to transfer the accounts of the authorities affiliated with him from the National Bank, an attempt to escape from recent conditions of Aden governmnt, which included directives to close the accounts of the local authorities in banks and exchange companies, with the exception of a few of them, the most prominent of which is the Credit Bank, or it is within the international efforts to reactivate the important government banks in Sana’a with the approach for comprehensive peace.

It is noteworthy that the Credit Bank had transferred a number of central powers to it, most notably the payment of salaries of state employees and transfer funds to the financial center in Bahrain.

UAE Accuses Al-Alimi of Masterminding Assassinations of Leaders in STC

An American Attempt to Plump the Pierced Emirates Balloon in Yemen