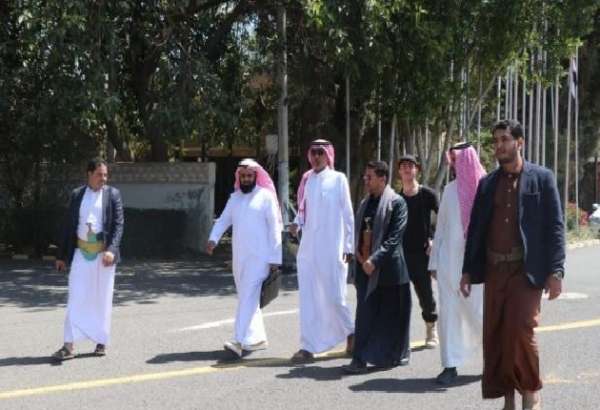 What Is behind Saudi Arabia’s Escalation Against “Houthis” in the Security Council?


Hours after it concluded a secret agreement with “Houthis” and by Omani mediation, Saudi Arabia escalated its rhetoric towards Sana’a. In an unprecedented contradiction, what are the dimensions of the Saudi confusion in the Yemeni file?

During the Security Council session that was held on Tuesday evening, the Saudi representative to the Council started convulsing as he attacked what he described as “Houthis”, demanding to classified them on the “terrorist” list. In a speech that began with the eyes of observers, closer to the beating of war drums.

However, this position would not have been put forward by the Saudi representative had it not been for his country’s guarantee that it would not be subjected to further air strikes, especially since his attack came hours after the departure of a Saudi delegation headed by Ambassador Muhammad Al Jaber. According to what was reported by the Lebanese newspaper Al-Akhbar, after his participation in direct negotiations with the leaders of Anssarallah movement in Sana’a, regarding the final arrangements for declaring a new agreement to extend the armistice.

Until now, it is not clear whether the Saudi delegate, whose country is trying to keep its negotiations with Sana’a in complete secrecy, according to reports that talked about Saudi Arabia was postponing the recent visit of UN envoy for fear that he would be informed of what is going on and its impact on it. He has not yet been informed on the developments and scenes of the negotiations, or is it a media attempt to preserve “Saudi Arabia’s face on the international scene, however, the delegate’s escalation in the Security Council coincided with a media campaign through the American media that includes an attempt to market Saudi Arabia by imposing conditions on what it describes as “Houthis.”

Most notably, the Associated Press leakage, in which it quoted on “anonymous” Saudi source as saying that his country is trying to obtain guarantees in exchange for paying employees’ salaries in the areas under Sana’a control. It indicates that Saudi Arabia is trying to appear strong in front of world public opinion, specifically Biden administration, which Riyadh accuses of failing it in the war on Yemen.

Whatever the Saudi motives behind the contradiction in Yemen file, whether by negotiating with “Houthis” at one time or attacking them at another, international reports confirm that Riyadh has already surrendered, and began dragging the tails of defeat by arranging a safe exit from the Yemeni quagmire, This was highlighted by American Atlantic Council report, which referred to America’s attempt to stop the momentum of the coalition’s surrender in Yemen by pushing for suitable conditions to save its face.

Civilians and Immigrants’ Victims due to Saudi Bombing on Saada