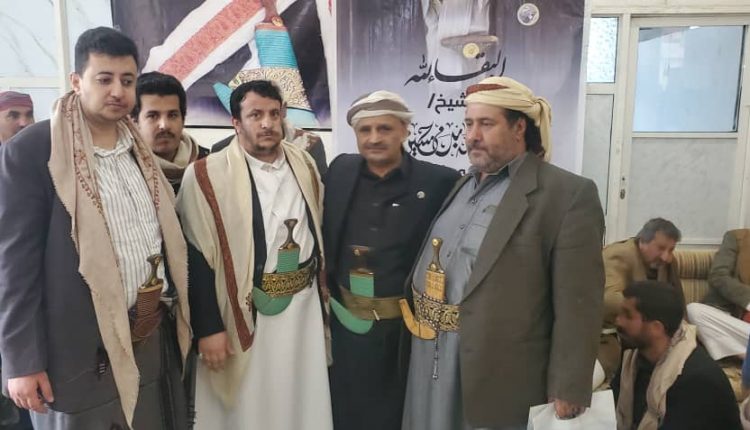 
Yemeni forces began their rapprochement with Anssarallah government, “Houthis,” after years of estrangement.

This coincides with indications that Sana’a predominate over the equation of the war that Saudi Arabia has been leading for eight years.

Ali al-Qahoum, a leader in Houthi political bureau, released a photo of him for the first time with Himyar al-Ahmar, brother of the prominent leader of Islah Party, Hamid.

Al-Qahoum indicated that the meeting took place on the sidelines of an event commemorating the death of Abdullah bin Hussein Al-Ahmar.

The meeting between the two parties comes days after Saleh’s movement in the conference hinted at rapprochement with Sana’a by meeting the leader Abu Bakr al-Qirbi, who is residing abroad, with Al-Mithaq newspaper, the mouthpiece of the GPC, issued in Sana’a.

Al-Qirbi tried to courting “Houthis” by emphasizing their demands for the implementation of the armistice benefits.

Hamid al-Ahmar, according to media reports, he has approached several regional mediations, the latest of which was Hezbollah, but he failed to achieve his goals.

The movements of the Yemeni forces at this time indicate their efforts to converge, in light of the outweighing of the data in favor of Sana’a, peace or war.

Statistic: Over 7,000 Shops in Aden Looted

Raising Level of Saudi Representation in Negotiations with…