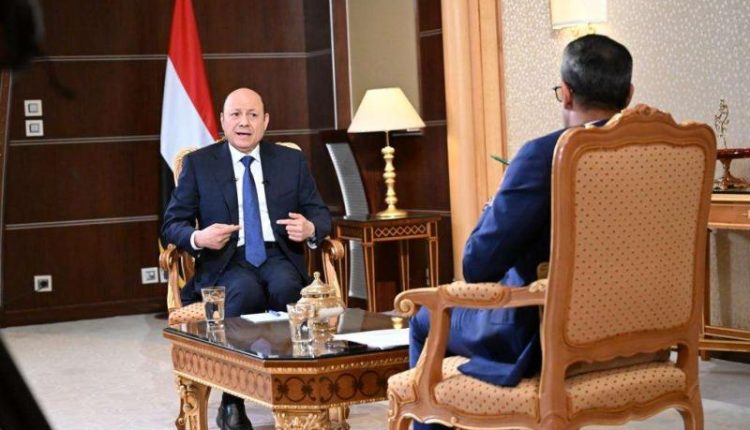 
Islah party, the most prominent pro-coalition force in the authority of southern Yemen, revealed, on Sunday, major crises ravaging the future of the Presidency Council.

This comes in the first comment on Al-Alimi’s talk about the cohesion of his authority in response to Western reports that confirmed his division.

The deputy head of the media department, Adnan Al-Audaini, denied in an article Al-Alimi’s allegations about the harmony of the council members. Citing the emergence of Hadhrami issue, referring to the movement that Hadhramaut witnessed during the past days to demand its independence, days after Al-Alimi’s interview.

Al-Audaini called for a quiet discussion away from pressures and conflicts. He highlighted a number of major crises that threaten the future of the Council, such as the issue of geographical representation, military force and its impact on influence.

Al-Audaini predicted the collapse of the coalition authority in light of the recent division in Hadhramaut.

Al-Alimi appeared in a television interview responding to a statement by the European Union that revealed divisions in the ranks of his authority.

Islah is one of the biggest forces forming the presidential elections, as it retains two seats out of eight, not to mention alliances with members of the Council that may tip its hand.

Behind Negotiations Scenes between Sana’a and Saudi Coalition