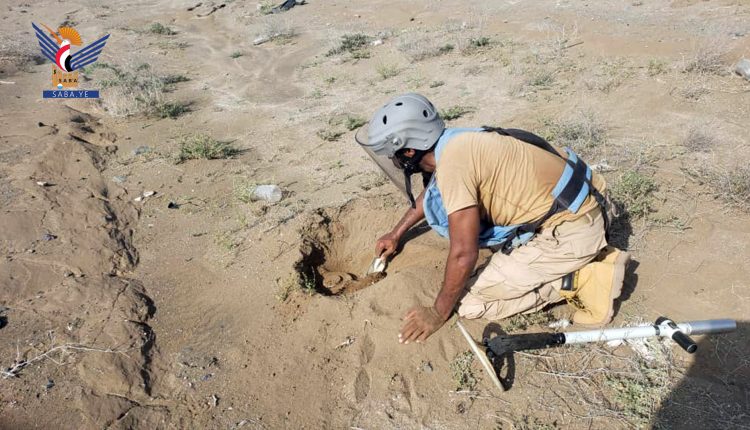 UN: Mines “Helped” to Cause 159 Casualties in Yemen


The United Nations said Thursday that land mines and other unexploded ordnance caused some 159 casualties in northern provinces of Yemen in the past six months.

Ilene Cohn, director of the U.N.’s mine action service, said over 50% of the casualties in the port city of Hudaidah were women and children, and called for the acceleration of de-mining across Yemen. The U.N. did not disclose how many of the 159 incidents were fatal.

The figure refers to casualties caused by landmines and “explosive remnants of war,” a term that includes shells, grenades and other deadly devices left behind by a conflict.

Land mines have been laid across Yemen since the 1960s. However there has been a surge in the use of the devices since the civil war began in 2014. Houthi rebels have widely used land mines.

“Due to the difficulty of obtaining accurate estimates, these figures are likely to make up a fraction of all mine detonations involving civilians in Yemen,” U.S.-based Armed Conflict Location ACLED said in a 2018 report.

Thousands of civilian deaths have also been blamed on Saudi-led airstrikes, which have hit markets, health facilities and weddings during Yemen’s eight-year conflict. The war has killed over 150,000 since 2014, including over 14,500 civilians.

On Tuesday, a U.N. convoy Cohn was traveling in was struck by landmines on the northern outskirts of Hudaidah. No one was hurt in the incident.

Due to Power Outage, Aden Living in Darkness

Aden Gov’t. Signs Establishment of Israeli-Emirati Military Base in Socotra