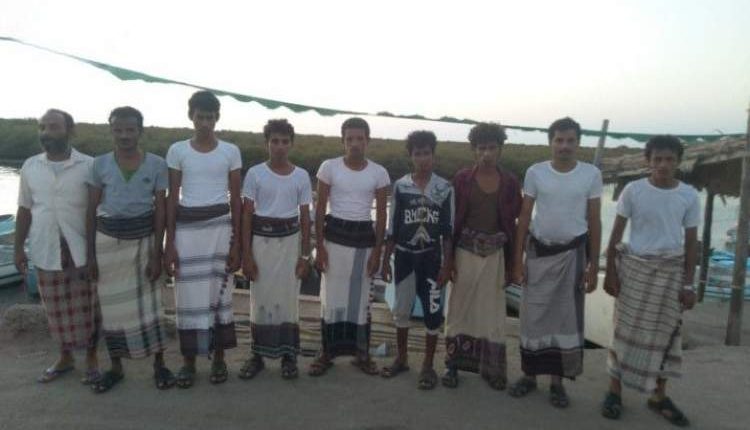 After Released, Fishermen Recount their Suffering in Coalition Prisons


Hodeida province received a number of fishermen who were detained by the Coalition and the pro factions for more than 40 days, after they were subjected to various types of torture and their boats were confiscated.

The director of the fish-landing center in Al-Luhayyah district, Muhammad Rizk, said that they received the released fishermen and provided them with symbolic financial assistance. “With the aim of alleviating their suffering.”

Regarding the conditions and the story of detention, the released fishermen explained that a group of pro-coalition forces, “carrying four marine boats, kidnapped them 40 days ago.” While they were practicing fishing on board three boats off Al-Shabeen Island, located west of Buhais area of Midi Directorate, Hajjah province, to which the fishermen belong.

They indicated that they were “taken to Hayran region, which is under the control of the aggression, and imprisoned.”

They asserted “various forms of torture and ill-treatment were practiced against them, before they were released, all fishing equipment was confiscated, and one of the engines of their fishing boats was damaged.”

The coalition and its pro-factions, in addition to the Eritrean forces, continue to detain Yemeni fishermen while they are fishing in Yemeni territorial waters. Their boats were confiscated before they were transferred to prisons and subjected to various forms of torture and hard labour. According to what fishermen said earlier.