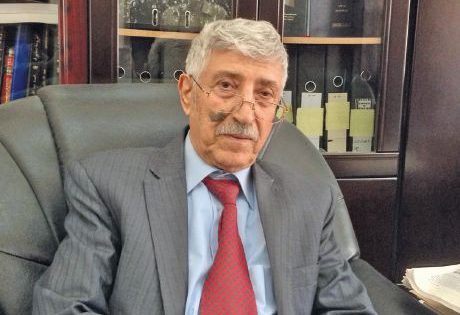 
The great poet of Yemen, Dr. Abdulaziz Al-Maqaleh, passed away on Monday in Sana’a at the age of eighty-five years.

With the departure of the poet al-Maqaleh, Yemen loses one of its most important poets and great critics, and one of its noblest sons and its truest free fighters.

With his departure, Yemen lost a great name from its creators, who wrote the name of Yemen in letters of light, so that his departure represents a heavy loss, not for Yemen, but for the world and human poetry.

Over the course of his experience, Dr. Abdulaziz Al-Maqaleh was represented as a daring patriotic fighter and a great poet. He dealt with the poem for more than fifty years, giving it, the flower of his life and it gave him its fragrance. He was also a fervent critic and writer honest with man, the country and the cause, so his life was a tree brimming with creativity, struggle and honesty from Allah, the homeland, the revolution, the republic and unity.

Many literary works of Dr. Abdulaziz Al-Maqaleh have been published, as well as other studies, research, letters and theses.