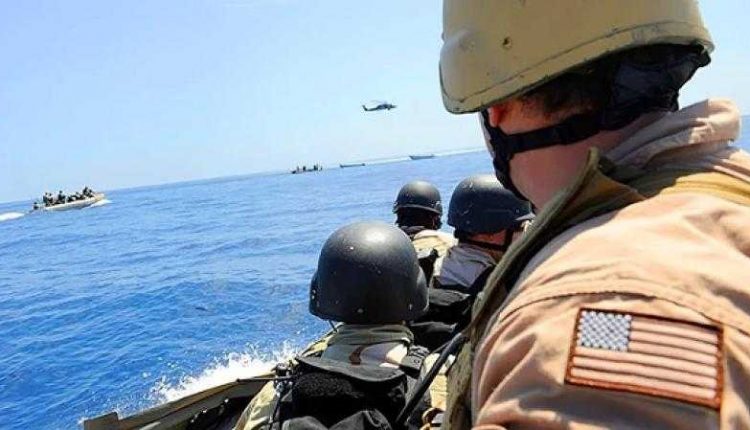 
The United States raised its threat to the Yemeni people, vowed with more economic paralysis.

The US ambassador, Richard Milles, deputy envoy to the United Nations, vowed with more economic paralysis, high death tolls and a humanitarian crisis, in reference to his country’s intention to escalate militarily and economically during the coming period.

Milles was speaking in his briefing to the Security Council at its Tuesday evening session, trying to justify his country’s plans for the next escalation by holding those he described as “Houthis” to fail to extend the truce, and put Yemen on the path to peace with a review of his country’s allegations of seizing missile fuel, weapons and explosives off Yemen, and hinting in an attempt to convict them with escalation.

The American escalation in the Security Council is part of a series of parallel political and military escalations, which the United States has recently intensified with frequent visits by its ambassador to Aden government-controlled areas, specifically Aden and Hadhramaut. Meanwhile, it beats the drums of war from Manama by showing off its new capabilities militarily and arrangements for a military plan for Yemen’s territorial waters.

Diplomatic sources revealed US pressure to tighten measures against food and fuel ships destined for the port of Hodeida, under the name “Re-activating the UN mechanism for inspecting ships in Hodeida”.

The US deputy envoy to the United Nations, Richard Milles, called in his speech the United Nations to support the restoration of UN inspection mechanism and to increase funds for verification in long term. In a clear indication to the United States’ refusal to lift the blockade on the port, which is a lifeline for millions of people in northern Yemen.

Although the work of the UN mechanism has been continuing since its adoption years ago, the timing of the American call to tighten the blockade, which came in parallel with the threat of economic paralysis in Yemen as a response to Sana’a preventing the looting of wealth, indicates that it is within Washington’s arrangements to blow up the situation militarily and torpedo the negotiations to extend the armistice.

Simultaneously, the US forces continued, on Wednesday, their military parade in the Gulf in an attempt to spark a new war, the indications of which are escalating off Yemen.

The spokesman for the US Fifth Fleet, which is stationed in Bahrain and whose forces are deployed in the area extending from the Indian Ocean and the Arabian Sea in eastern Yemen to the Red Sea in the west of the country, said in an interview with the “Saudi Al-Hadath Channel,” his country is preparing to deploy drones and ships in the region.

Pointing out that this strategy will enable his country’s forces and their allies to intervene quickly to end any threat in the shipping lanes.

The new US statements do not deviate from the context of the campaign that the United States has been carrying out for days in the context of its efforts to control the strategic and energy-rich region off the coast of Yemen, according to what the US national security official said on the sidelines of Manama conference, which was devoted to discussing allegations of threats coming from Yemen.

In addition, it does not deviate from the statements made by another US official to the Saudi newspaper Al-Sharq Al-Awsat this week, in which he revealed that his country’s forces and Saudi Arabia had begun experimenting innovations to confront drones.

In an indication that the regional and international parties of the war on Yemen are arranging for a new phase of escalation that is imminent this may be the time to control the sea-lanes and areas of wealth.