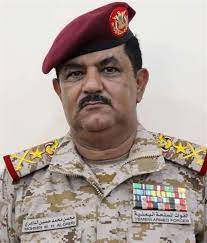 
The Southern Transitional Council (STC), which calls for the secession of southern Yemen, besieged on Wednesday, ministers in Aden government in its stronghold in Aden.

This coincides with his escalation to overthrow its president.

Sources in the Defense Ministry confirmed that the transitional factions prevented at the entrances of Aden a number of military leaders in Abyan and Shabwah from entering the city to meet the Defense Minister, Mohsen Al-Daari. Noting that the last of them is the commander of the 185th Infantry Brigade, Major General Ahmed Nasser Al-Marqashi, who came from the headquarters of the brigade in Abyan, based on a summons from Al-Daari.

AlMarqashi transitional forces, who were previously affiliated with Islah, were forced to return to their stronghold in Abyan.

The sources described the move as part of the harassment policy practiced by STC factions on Aden government ministers and try to isolate them completely and subject them to the council’s agenda only.

The move comes at a time when Aden is witnessing an unprecedented state of tension due to the division of STC factions, and its rejection to the merger process led by Aden government and aimed at dismantling the southern powers, amidst the transitional council raising the ceiling of its demands, leading to Maeen dismissal (prime minister of Aden gov.).

It is not yet clear whether the besieging of the defense minister was part of an attempt to pressure the dismissal of Maeen, or within the scenario of empowering Sagheer bin Aziz, which UAE is trying to impose as an alternative to Al-Daari, who is affiliated with Ali Mohsen.