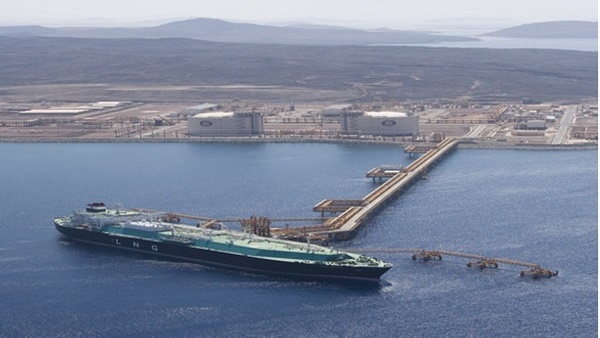 The source reported that this came after the unknown explosions that rocked the vicinity of the port, without mentioning losses or casualties in the port.

Late on Monday, Sana’a armed forces confirmed that they had succeeded in forcing an oil vessel that tried to approach the port of Dabba south the country to leave.

The international road leading to Al-Dhaba area was closed for security reasons, he added.

In 2016, the UAE imposed its control over the Al-Dhaba oil port, far from the confrontations with the Sana’a forces, after the farcical play of Al-Qaeda elements in the city of Mukalla, which led to the Emirati forces taking control of the city and Al-Rayyan airport and turning it into a joint military base for the American and British forces.

The Saudi-led coalition countries use the port of Al-Dhaba, located on the Arabian Sea, to loot more than two million barrels of crude oil every two months from the Hadramout fields, according to the statements of the oil minister of the pro-coalition government.

Sana’a forces carried out a warning military operation on October 21, during which they prevented a Greek ship from transporting crude oil, demanding the opening of Sanaa airport and the port of Hodeida, and the payment of the Yemeni employees’ salaries that have been suspended since the end of 2016, after the coalition moved the Central Bank to Aden.

The Saudi coalition countries plundered nearly $13 billion from Yemeni crude oil revenues between the years 2018 to 2021, according to statements made by member of the national negotiating delegation, Abdulmalik al-Ajri, last August.

Ammar Saleh Sentenced to Death, 12 Americans Get Imprisonment for 10 Years