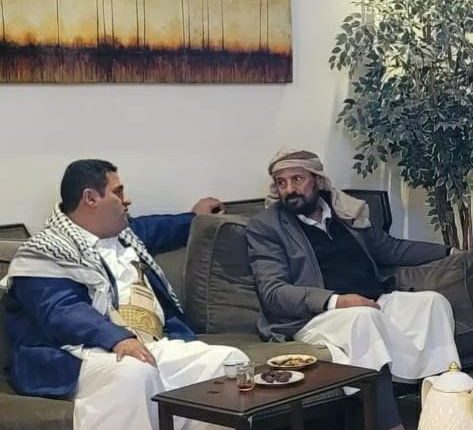 
Sultan Al-Aradah, the governor of Islah in Marib, officially agreed on Sunday, to hand over his authority in the city. This comes in the wake of pressures and threats from Saudi Arabia, which has been holding him for weeks.

Sources in Aden government reported that the decision to appoint a new director for the Finance Office in Marib was made according to an agreement between Al-Aradah and Rashad Al-Alimi.

Aden government had issued a decision appointing Awad Hissam Buhaibeh, who is one of the leaders who have relations with the head of the Transitional Council, the arch-enemy of Al-Aradah.  Director of the Finance Office in Marib for the first time since the control of Al-Aradah and Islah party’s acquisition of senior positions in the state there years ago.

Buhaibeh will handle the transfer of the huge oil and gas revenues to the central bank in Aden.

Buhaibeh’s appointment came after reports of Saudi pressure on Al-Aradah, who refused even to transfer revenues to Aden centers during the past years, to resign from the position of governor.

The appointment of a new director of finance comes within the framework of clipping the wings of Al-Aradah, in preparation for the issuance of a decision to remove him from the post of Marib governor confirmation on the man’s surrender.

In addition, the most prominent sheikhs of Marib met, on Sunday, with a minister in the Salvation Government in Sana’a for the first time since Islah took control of the oil province in a remarkable and unprecedented development. This coincides with the coalition’s initiation of arrangements to dismantle the power of tribal and party alliances in the city.

Activists circulated a picture on the gathering of Sheikh Hamad bin Ali Al-Jalal, known for his relationship with former President Ali Abdullah Saleh and close to the governor of Marib, Sultan Al-Aradah, to the minister in the Salvation Government, Sheikh Ahmed Ibn Al-Hassan Al-Amir.

The meeting, according to activists, took place in the Jordanian capital, without revealing more details.

The meeting came at a time when media reports spoke of Al-Arada’s submission to Saudi pressure to hand over the oil province a preliminary decision was issued to appoint a director of a finance office in Marib.

It is not yet clear whether the meeting was part of arrangements for the status of tribal sheikhs in the future in light of the expected exclusion, and targeting by Saudi Arabia, which summoned a number of tribal sheikhs families and sought to put pressure on them, or should we convey a message from Al-Aradah, whose son posted a tweet on social media hours ago calling for rapprochement and reconciliation with those he described as “Houthis” and the voluntary surrender to Marib city.