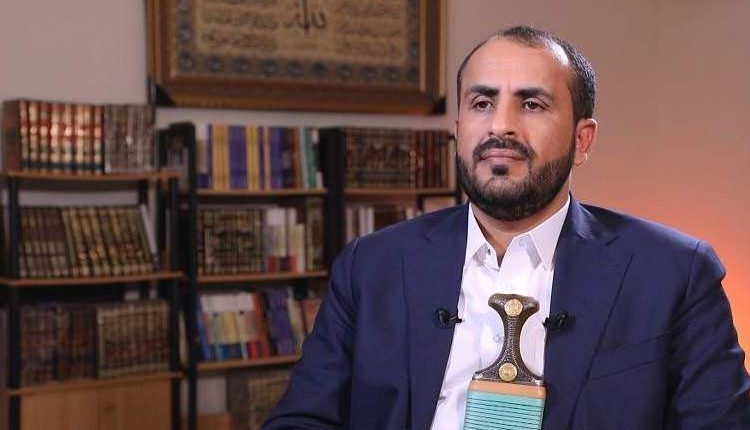 
Mohammed Abdulsalam, Spokesman of Yemen’s Anssarallah Movement and senior negotiator of the Sana’a Salvation Government, confirmed that Saudi Arabia’s fears of the rise of a strong and independent Yemen are not logical and no one can guarantee Riyadh to get rid of these fears; because this means that Yemen will remain permissible.

He pointed out that the pro-coalition forces are working to amplify these fears to invest them at the expense of the security and interest of the country.

Abdulsalam stressed that the humanitarian file is still the first stop for any understandings, and that things depend on the Saudi regime’s handling of the requirements of the stage.

In an interview published by the “Majal” forum within a paper titled “Does the new Yemen represent a threat to Saudi Arabia?”, Abdulsalam said: “Saudi Arabia’s fears of a strong independent Yemeni state are unrealistic and illogical, because there is supposed to be a vision on the Saudi side for Yemen to be a strong state.”

He added: “We believe that the concerns of the Saudi side, considering that it is a fait accompli, are due to Yemen’s strategic location, the huge human density and the large resources that are still pristine, as well as the historical relations, which were affected by many fluctuations and problems.”

Abdulsalam pointed out that even in the historical context, the Saudi side was the one who attacked Yemen and crossed historical borders, and it launched many wars against Yemen, which was in the position of defender.

He explained that “the Saudi regime fears even countries in the Gulf Cooperation Council and other countries in the region that they are independent and strong, so how about #Yemen, the largest area after the Kingdom in the peninsula, in terms of area, human density, capabilities and strategic location.”

Abdulsalam added, the existence of a strong and stable state in #Yemen means dispensing with the guardianship or need of any other state, and that considering this matter as a source of concern expresses an incorrect reading. Because “Saudi Arabia’s real interest is for Yemen to have an independent, stable and prosperous state as well.”

Abdulsalam stressed that “there is no party that can provide guarantees for the Kingdom’s fears of the existence of an independent and sovereign state in Yemen.

“One of the main factors for the collapse or lack of a real state, is that the state is being run from outside and not managed from within in accordance with its strategic interests and obligations to its people, because it makes the need or demands of the outside more important than the interests of the interior.  And this was the problem of the recent regimes that were dependent on the outside, so they have not been able to achieve any strategic interests for Yemen.”

“Therefore, it is difficult to provide guarantees for such concerns about sovereignty and independence, but if there are other concerns related to borders, neighborhood and security, it is natural that there should be attention to discussing such issues between the two countries as it happens between any other countries,” he said.

This reading illustrates the impossibility of achieving the goals of war against Yemen, because it is based on these illogical fears, which can only be secured by keeping Yemen under tutelage, which the Yemeni people will not accept at all costs.

In the context of talking about Saudi concerns as well, he said that “in addition to the unclear vision of the Saudi side towards Yemen, there is a role for some Yemeni parties who stand by Saudi Arabia in amplifying many fears and drawing in many regional conflicts in the Yemeni arena.”

He explained that this role played by Coalition-Recruits who work for Saudi coalition “makes Saudi Arabia not look at opportunities for peace.”

On the truce file, he told “Majal Forum” that the end of the truce came as a result of the end of previous agreements made under the auspices of the United Nations, considering that they have completed or exhausted their options, and the payment of salaries has become a basic demand

He pointed out that the ball is in the court of the Saudi regime, because “relations between Sana’a and Riyadh are mainly linked to the position of the latter and the way they deal with it, as Sanaa is in a position of defense, and this is clear.”

This talk bears a clear confirmation of the stability of the national position and impossibility of changing the entitlements to renew the truce, represented by the payment of salaries and lifting of the blockade, which the countries of Saudi coalition and their international sponsors are trying to pressure Sana’a to abandon or fragment according to their wishes.

Regarding the recent mutual understandings and visits of delegations, Abdulsalam explained that “it is normal for meetings and visits to take place between the parties at the humanitarian, political and similar levels.”

He added: “We support these trends, and the most important thing is that there is a trend for all humanitarian aspects, not only the prisoners’ file, which is one of the basics, but also the opening of airports and ports, the lifting restrictions on goods and lifting of the unjust blockade on Yemen,

“These humanitarian factors are the first station that should be the title of any understandings, visits or meetings with the Saudi side.”

International developments represent an opportunity to realize the need to end the war on Yemen.

With regard to the changes in the international and regional arena, and their relationship to the Yemeni file, Abdulsalam stressed that “any international or regional developments or certain differences with the Saudi regime or others may have a certain impact on the Yemeni file or on Yemen. However, we believe it is not that big impact, because the angle from which the American and British as well as, unfortunately, Saudi Arabia and the UAE are not different from the common vision between the parties, in which different interests intersect.

This is depending on the level the Saudi side, in which can realize that the war and war on Yemen is no longer in favor of the Saudi regime, the future relations between the two countries, or the future of the two peoples.”

He added: “We hope that such developments will be an opportunity to reassess the situation in Yemen, for the sake of peace and stability,” stressing that the interest of the two countries is understanding, coexistence, dialogue and the removal of problems.

During the War, more than 40,000 Yemeni Artifacts Smuggled