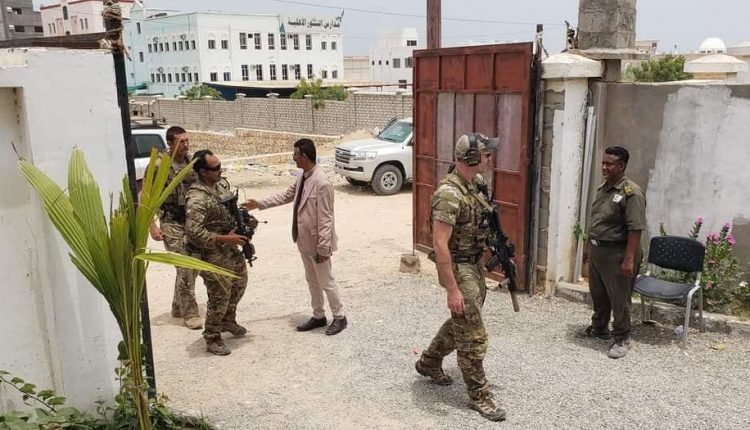 
The United States widened the differences between Saudi Arabia and UAE as it began arrangements to deploy its forces deep into the Saudi border with Yemen.

The commander of the Saudi forces in Hadhramaut held an urgent meeting with Abdullah Al-Kathiri, head of Hadhramaut Tribes Alliance’s reference, and the most prominent dignitaries of the valley and desert.

Tribal sources reported that the meeting was devoted to discussing the formation of a joint committee to begin the process of recruiting a new Hadhrami force of 30,000 as an alternative to STC and Islah factions.

The Saudi meeting, which was held in Sayun, came hours after a similar meeting held by the commander of UAE forces at Al-Rayyan Airport on the coast of Hadhramaut with Amr bin Habrish Al-Kathiri, head of Hadhramaut Inclusive Conference, which is one of the important social and political blocs in the oil province.

According to informed sources, the Emirati officers informed bin Habrish of their rejection the Hadhrami forces’ plan to recruit 30,000 Hadhramis, justifying this by their fears that religious parties would exploit the move and rearrange their ranks through it, in reference to reform.

These parallel meetings reflect the intensification of the conflict allies on Yemen over the most important province rich in oil and gas, where UAE, which failed to empower its arms in the Transitional Council and other forces, is trying to pressure on US forces to control the oil plateau, while Saudi Arabia is trying to keep that region under its historical influence with the support of the forces loyal to it.

The American forces, which had previously offered to secure the oil fields and ports in Hadhramaut, had pushed new reinforcements to the coast of Hadhramaut, which UAE forces take bases on the eastern coast of Yemen.

Raising Level of Saudi Representation in Negotiations with…