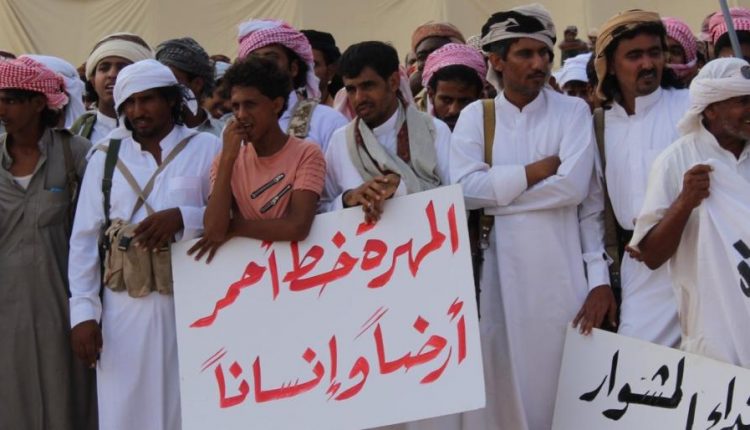 
A spokesman for the Sit-in Committee in Mahra province, Ali bin Mahamed, revealed a new scheme for the Saudi-Emirati Alliance in the province, after the failure of its previous attempts.

Bin Mahamed stated, on Facebook, “Attempts are continuing to bring Mahra into chaos by the Saudi-Emirati ‘occupation’ and its tools.”

He added, “The sit-in committee has thwarted all previous conspiracies and schemes targeting Al-Mahra’s society and the continuous incitement against the national leaders who reject the foreign forces in the province.”

He explained that after the failure of all these attempts, we discover a new scheme by the Saudi-Emirati coalition.

He pointed out that there is an arrangement for a visit, by the Minister of Transport, to Al-Mahra to conclude suspicious deals.

Bin Mahamed called on all the people of Mahra to thwart and reject such visits and the resulting deals, and not to allow the legalization of the sale of Mahra’s ports in light of a constitutional vacuum in the country.

He concluded his statement by saying, “We consider the signing of any agreements void and we will not allow them to pass.”