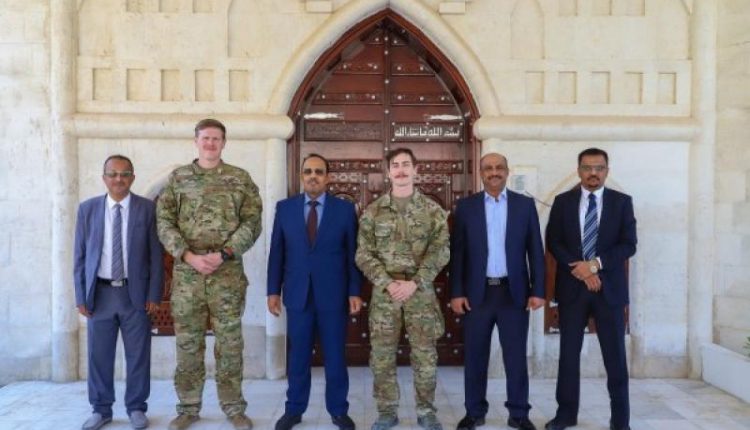 US Emergency to Secure Yemeni Oil Fields and Facilities


US forces officially on Thursday, received the file of managing and securing oil fields and facilities in Yemen, in a move that would strengthen Washington’s grip on the sovereign wealth of the country, which has been under siege and war for eight years.

Sources in the local authority in Hadhramaut  reported that the meeting, which brought together a delegation from US Navy and the governor of the most important oil province in eastern Yemen, Mabkhout bin Madi, with the participation of commanders of military units, including the commander of the second military region, approved a plan to secure oil facilities and fields, most notably AlMasilah fields and the port of AlDhaba.

US forces, which will supervise the process of securing the fields and facilities, directed to lift the state of emergency among the elements that spread in those facilities.

Aden government has already declared a state of emergency earlier, in anticipation of what it described as upcoming attacks.

The handover of US forces stationed at bases on the eastern coast of Yemen came with the start of arrangements for the transfer of the first military region forces from the areas of their concentration in the oil plateau amid fears of a vacuum left by its withdrawal towards AlJawf and Marib.

US move refers to Washington’s efforts that moved several pressure cards on the pro-coalition government most notably, the re-export of the destroyer “USS Cole” file, which was attacked off the port of Aden more than 20 years ago, strengthening its grip on oil and gas, as part of its efforts to secure its fuel needs, in light of its high prices and the refusal of Gulf countries to increase production to save Biden administration.