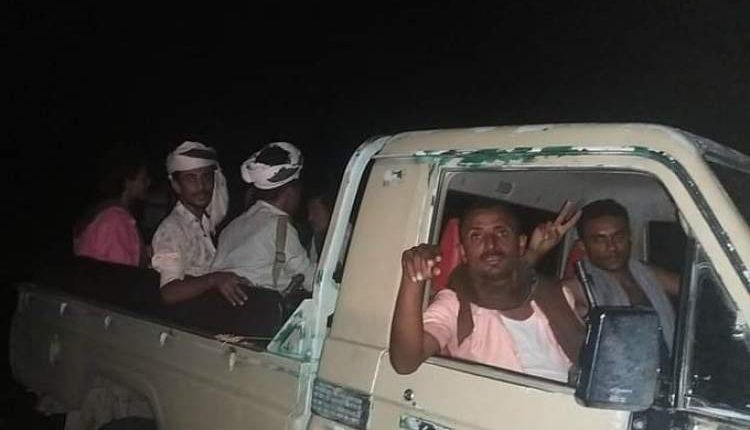 A New Message from STC to Houthis


Transitional Council, which calls for the secession of southern Yemen, sent new messages on Monday to Sana’a, this, coincides with Sanaa surrounded its strongholds, which reflects fears of storming it.

Exclusive-Alkhahabar alyemeni:
Politically, the Transitional Council has vowed not to participate in any battles that the coalition pushes in northern Yemen.
The Chairman of Reconciliation and Consultation Committee of the Presidential Council and the Head of the Transitional Foreign Affairs Department, Muhammad Al-Ghaithi, said in an interview with the “Independent Aden” channel, a spokeswoman for STC, that the council’s factions will not go to any battles in the north, unless the separation file is resolved first, this is impossible according to the majority of the council’s partners in the presidential authority.
Al-Ghaithi’s statements coincided with the announcement of southern units affiliated with STC to join Sana’a. The leader of the factions deployed in Al-Sabiha, Fattah Al-Subaihi, published a picture showing his unit members. Referring to their arrival in the city of ArRahidah on the border of Lahij, which is under the control of Sana’a forces.
Al-Subaihi indicated in a tweet on his official page on social media that they are waiting for the arrival of the rest of units, before heading to Sana’a, Thanking those who made it easy for them to pass and return to the bosom of the homeland.
These developments come in the wake of the confrontations escalation between the forces of Sana’a and the factions affiliated with STC, amid tangible progress for Sana’a, this reflects the fears of the transitional, which is suffering on more than one front, from the advance of Sana’a forces towards Aden.
The leader of the Transitional Council, Abdullah Al-Ghaithi, accused Saudi Arabia of running a campaign to reduce STC’s influence dragging his forces into a war of attrition in north and leaving it to face its fate on the fronts of Yafa, Al-Dhale, Karsh and Abyan, in conjunction with the escalation of the opposition in Hadhramaut, Shabwah and Al- Mahrah, and the mobilization of anti-transitional forces in the south.