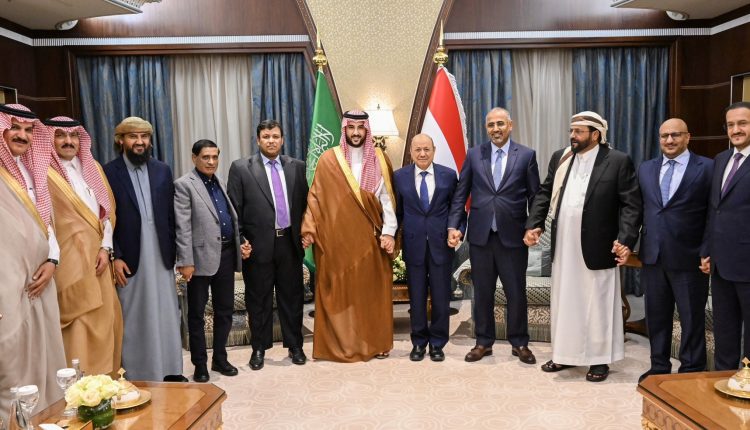 
Saudi Arabia set on Monday, a new condition in exchange for allowing members of the Presidential Council, the authority loyal to it in southern Yemen, to leave.

This coincides with mounting criticism of the continued detention of presidential members for the second month in a row amid uncertainty surrounding to his future in light of the rapprochement with “Houthis”.

Saudi intelligence leaked, through activists loyal to it, information about its stipulation that all members of the presidency should return to Aden. The leaks came after media outlets and leaders loyal to the coalition shed light on the fate of the presidential council, whose members have been absent for two months, amid a Saudi movement to reach a settlement with Sana’a.

The return of the presidential members to Aden this time seems impossible in light of the gap differences between its members. This week, STC gunmen stormed Al-Ma’asheq Palace, the residence of the Maeen government, to prevent it from holding an event in commemoration of October, during which it raises the flag of Yemen.

The storming came after news that the coalition had handed over the protection of the palace to Emirati forces.

Members of the presidential council of northern origins require the withdrawal of the transitional factions from Aden, or transfer the council’s meetings to another governorate, which is rejected by the southern members of the council.

Two months ago, Saudi Arabia summoned all members of the presidency to hold a mock meeting in Riyadh with a view to resolving differences between them and maneuvering in the Council in light of the efforts failure to extend the armistice, but despite bin Salman’s success, he took a picture with the members of the council. The presidential administration has not succeeded in holding a new session since then, despite the developments in the Yemeni file.

Observers expect that the presidential split is one of the reasons for Saudi Arabia knocking on the door of Sana’a in search of a settlement away from the Yemeni forces loyal to it.