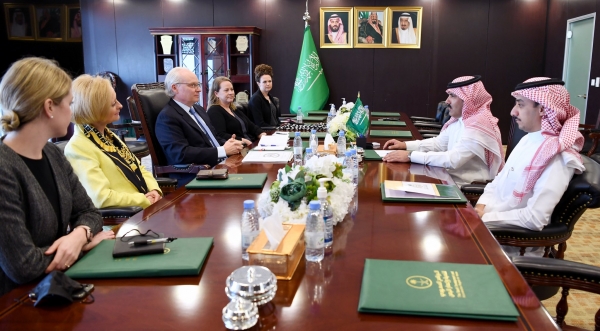 
Saudi Arabia and United States began on Tuesday, putting the final touches on the armistice in Yemen.

The two allies of the war on Yemen intensified their movement during the past hours, coinciding with news of amendments to the UN envoy’s proposal to expand its entitlements.

Khalid bin Salman, Saudi Defense Minister and official in charge of the Yemeni file, said that he discussed with Rashad Al-Alimi, head of the Presidential Council authority loyal to his country in southern Yemen, the next stage in light of the expected changes, in a tweet on his official page on social media, he indicated his support for the efforts of the International Peace Envoy.

The meeting between bin Salman and Al-Alimi came in parallel with a meeting that brought together US ambassador to Yemen, Stephen Fagin, with the foreign minister in Maeen government, and stressing the need to support the path of the international envoy to Yemen, Hans Grodenberg, to extend the armistice.

These moves come in light of reports of new amendments to the UN envoy’s proposals, it includes disbursing the salaries of all employees in Yemen, “military and civilian.”

Media owned by the government accused the envoy of pressuring it to pay the salaries of military and security personnel in Sana’a, and the full payment of salaries, the most prominent conditions for Sanaa to extend the truce.

It also refers in terms of timing to the decision of the two parties to proceed with the procedures for extending the armistice under the conditions of Sana’a, with the first week approaching its end, despite the news of continuing disputes over salaries.