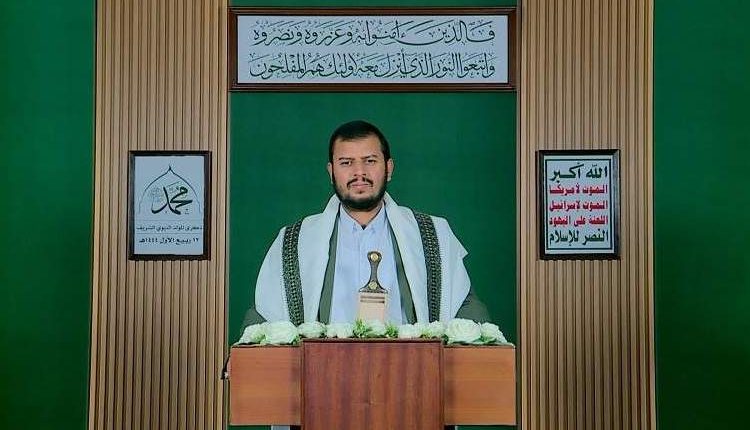 
The leader of Yemen’s Anssarallah movement, Sayyed Abdul-Malik al-Houthi, has on Saturday called on Western countries and societies and their leaders to desist from insulting Allah, his prophets and the last of his messengers, Mohammed bin Abdullah (peace be upon him).

During his speech to the Yemenis on the occasion of Mawlid al-Nabi al-Sharif, the birthday of the Prophet Muhammad (Peace Be Upon Him) on Today’s afternoon, Sayyed Abdul-Malik also called on the leaders of west countries to stop fighting values of Islam, spreading corruption and vices and stop their attempts to corrupt the peoples.

“I invite them to reflect on their reality and the evils and terrible social and psychological problems that may have resulted in all fields,” he said, warning them of what Allah warned against in His Holy Book through His prophets and messengers of dire consequences and divine punishments in this world and the hereafter.

He warned the leaders of the West of dire consequences and divine punishments in this world and Hereafter, calling on them to free themselves from Jewish Zionism, which misled them and completely controlled them.

Sayyed Abdul-Malik called for a conscious practical return to the Great Prophet and the Holy Qur’an.

He reiterated Yemen’s firm position on the issues of the worldwide Islamic nation, especially the Palestinian cause and Al-Aqsa Mosque, affirming that that normalization with Israeli occupation is a betrayal of God, his Prophet and Muslims, and it is a clear hypocrisy without a doubt.

Al-Houthi called on the Saudi-led coalition to stop the war on Yemen, lift the siege, end the occupation and address the files of war.