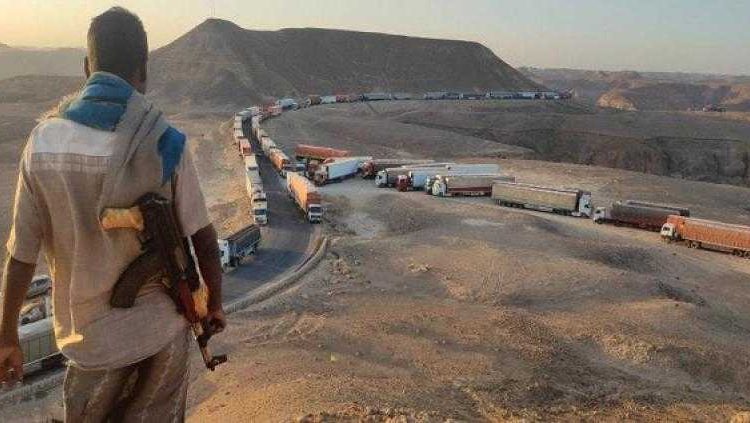 
A column of dozens of locomotives loaded with fuel was attacked on Tuesday, as it was preparing to leave the oil plateau in Hadhramaut, which is under repair, towards the neighboring province of Shabwah, and subject to the control of the factions loyal to UAE, amid mutual accusations between the two parties.

The targeting, which was carried out with an explosive device, took place on Al-Abr-Al-Uqlha line.

According to a statement by the Ministry of Interior in the government of Maeen, two people were killed and seven others were injured from the members of oil companies’ protection. The attack caused the oil companies to stop working there.

The ministry did not specify the party behind the operation, but the two main sides of the conflict were quick to exchange accusations, as STC supporters and activists on social media considered it an attempt to tighten the oil blockade on Shabwah, to which the locomotives were heading and experiencing a fuel crisis, citing previous operations in Marib that targeted electricity fuel, aiming to overthrow Ibn al-Wazir, meanwhile, Islah activists accused STC of being behind the operation, following its failure to control this strategic area in eastern Yemen.

Hadhramaut is witnessing a frantic political and military race, considering its most important Yemeni file.

The Hadrami forces, including Islah branch, are trying to impose a new reality there that separates the governorate bordering Saudi Arabia from the north and south, by declaring it an independent region, while STC is pressing to include it in its authority in Aden.