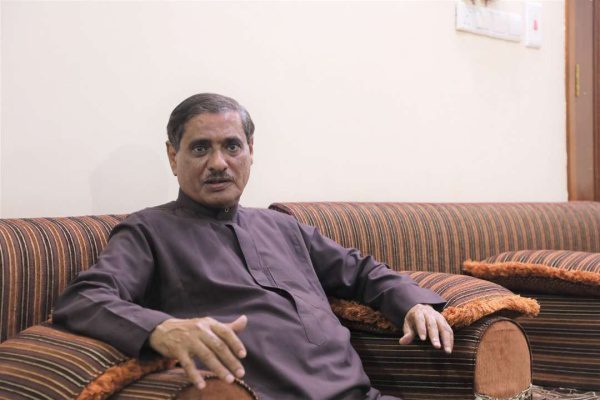 
Major general Faraj al-Bahsani, a member of Riyadh-formed “Presidential Council” has warned of any possible breakdown of security and chaos in the provinces of Shabwa, Hadramout and Mahra, as they are oil and gas investment areas for the Americans and Europeans.

This came during his meeting with a number of security and military leaders in Hadramout province.

During the meeting, he said that the world is watching very closely the latest development of events in the three provinces.

Al-Bahsani pointed out that these areas are very important to the world because they are oil investments, so the regional and international powers will not abandon them.

“I tell you frankly this is what I have seen from European, American and Arab officials, this region, especially Shabwa, Hadramout and Mahra, will witness large oil and gas investments,” al-Bahsani explained.

He added: “Isn’t this enough signal, do I have to repeat and repeat?  these areas will see oil and gas investments, but this will only be done by establishing security.”

Al-Bahsani pointed out that securing Mahra, Wadi Hadramout and Shabwa is necessary and immediate.

“Sabotage and its supportive forces must receive a painful and undiminished strike. So, investments and economy will be our priorities after security,” he added.

At the same time, he warned against any actions aimed at destabilizing security and stability in those areas.

Al-Bahsani’s comments came amid escalating disagreements between the UAE-backed militia, the Islah Party and other Hadramout forces over the management of province’s affairs.