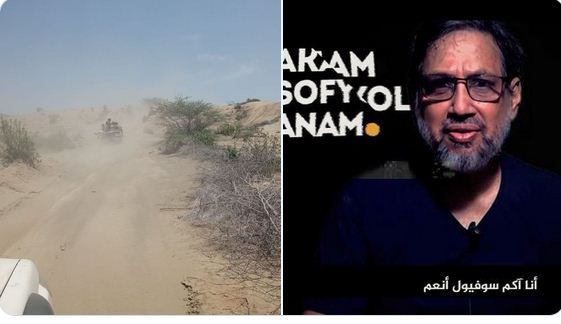 
Al-Qaeda elements evacuated on Sunday, foreign employees kidnapped by them for months from Abyan province, south of Yemen.

This comes in the wake of negotiations failure with UAE regarding on them.

Tribal sources reported that the organization transferred the international staff, headed by Akam Sofiol Anam, director of the Security and Safety Office at the United Nations Office in Aden, from its stronghold in Mudiyah to Nisab District in Shabwah province.

The transfer decision will fail the transitional mission in Abyan through which he was trying to pressure on the organization to release the kidnapped in order to market himself as a fighter of terrorist organizations and he resolved doubts about the goals of his operation with a media victory.

The organization is demanding a ransom of up to $ 5 million in exchange for the release of the kidnapped, in addition to the release of a number of its leaders in the coalition.

US Talks about Paying Salaries to Expand Truce in Yemen