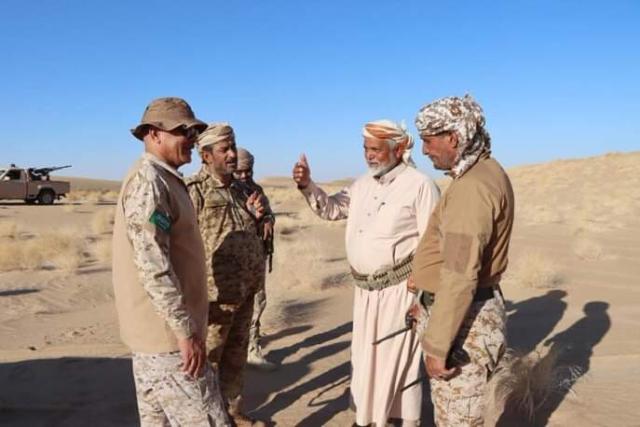 
Islah party, the de-facto authority of Marib city, revealed on Thursday its concern about the military movements of the coalition in its last strongholds in northern Yemen.

The party’s channels broadcasting from Turkey and Jordan devoted a large area to highlighting what “Belqees” channel described   on the ongoing military arrangements in Marib city; it confirmed that Saudi Arabia and UAE had begun to form a new force in place of Islah factions, known as “Saba Axis Forces.”

According to experts, hosted by the channel, the formation of the new force aims to displace what it described as the “national army, in reference to the party’s faction.

Marib is the last Islah stronghold in Yemen, and knocking on its gate comes at a time when attention is turning to announce an upcoming agreement on neutralizing Islah in its most prominent stronghold in the Hadhramaut valley and desert.

It is worth noting that Saba axis factions are supervised by UAE, its leadership was handed over to Tariq Saleh a number of its brigades have been prepared in Shabwah province led by Abd al-Hadi Abd al-Latif al-Qibli, who was a deputy brigade commander on the western coast of Yemen.

The new faction comes in parallel with a previous faction that Saudi Arabia oversaw its formation, he is known as “Happy Giants of Yemen” and his leaders were assigned to Saghir bin Aziz, Chief of Defense Staff and all of them come in parallel with the systematic dismantling of the remaining Islah factions there.

Sana’a Vows: Looting of Yemeni Wealth Will Not Go Unpunished