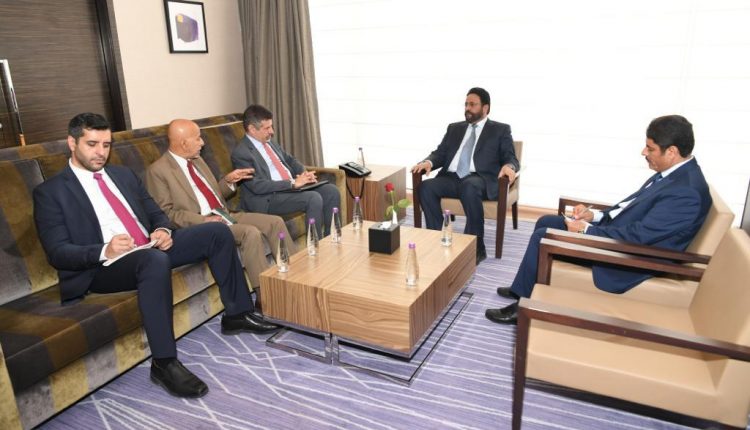 
The United States concluded on Wednesday, a deal with Islah Party, the Muslim Brotherhood’s wing in Yemen, that guarantees it remain in the Oil Crescent.

The party approved, according to the head of the Development and Oil and Mineral Resources Committee, Muhammad Swar, to connect the oil fields of Sector 18 in Marib with the American Gent Hunt fields in Hadhramaut.

Siwar indicated in a press statement that the step comes instead of transporting Marib oil through a pipeline to Ras Issa in Hodeidah.

The US ambassador to Yemen, Stephen Fagin, earlier on Tuesday, he made a call to the governor of Islah, Sultan Al-Aradah.

According to media reports, the two sides discussed developments in the situation and Al-Aradah described it as complications facing the Presidential Council.

The decision to transport oil to the export port in Hadramout, where American forces are deployed, will give the United States the right to acquire this wealth.

The contents of the deal under which Al-Arada agreed was not clear yet on rerouting the oil export route, but its coincidence with the coalition pressure on Al-Aradah to resign from the position of Marib governor indicates that United States promised Al-Aradah to stay.

Also, the decision to complete the oil fields in Marib and Hadhramaut coincided with an American company, sent a new deployment for forces of the First Military District in the oil plateau areas of Hadhramaut. At a time when it was looking forward to her departure, he points out that the deal also included the survival of these factions in Hadhramaut.