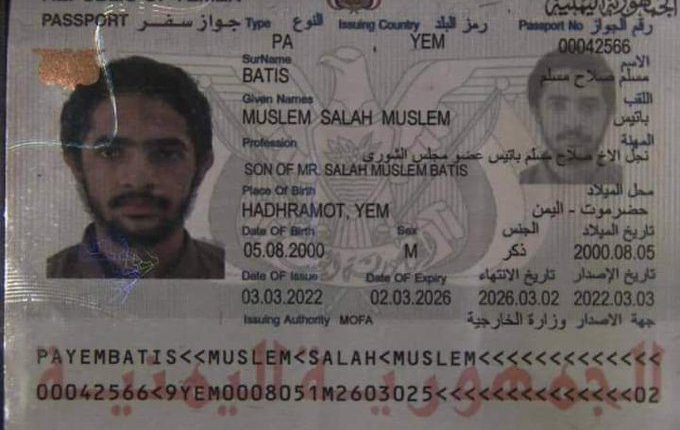 
The Transitional Council, which calls for the secession of southern Yemen, accused on Thursday, a prominent leader of Islah party in Hadhramaut valley of being involved in the operation that affected the council’s fighters in Abyan province.

The transitional leaked through his media outlets what he said were part of al-Qaeda’s leader confessions who was arrested in Ahwar confrontations.

The confessions include direct accusations to the head of Islah branch in Wadi Hadhramaut, Salah Batis, of planning and carrying out the operation.

According to the sources, the captive admitted that they had come from Wadi Hadhramaut. The transitional media also published a picture of what it said was a diplomatic passport of Baties’ nephew his name is Muslim Baties.

It is not clear yet whether these confessions are real, in light of the news of all prisoners’ execution, or for political motives, but its timing indicates that STC is beating the drums of war towards the last strongholds of Islah in Hadhramaut valley and desert.