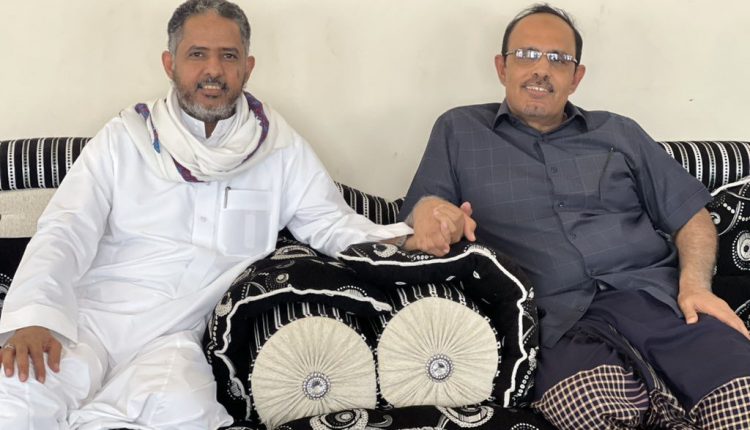 
Hadrami forces escalated on Wednesday, against the efforts of STC, which calls for the secession of southern Yemen, to swallow the most important oil province in the east of the country, this reduces the council’s chances of gaining a foothold there.

The GPC and Islah returned to the alliance again there, despite the size of the differences between them,and the head of Islah branch in Hadhramaut Valley, Salah Bateis, appeared next to the governor of the GP conference, Mabkhout bin Madi. According to media reports, the two sides stressed on the unification of efforts to confront the plans being hatched against the governorate.

In conjunction with these meetings, Faraj Al-Bahsani, the most prominent ally of the transitional government and a member of the Presidential Council, called on all Hadrami forces to rally around each other, to preserve the gains of Hadhramaut and demand the full rights of Hadramis.

These developments coincide with the start of STC politically knowing on the doors of the province after the failure of its military attempts, where he invited the reference of the Hadhramaut Tribes Alliance, its most prominent opponent, to participate in an upcoming dialogue in the Egyptian capital.

Although hadhrami reference announced its agreement to participate in the dialogue, but it affirmed its adherence to the outcomes agreed upon by all Hadhramis, in reference to Hadhramaut region.

Although these moves may further complicate the scene in the province that are being fought over by local parties. It is almost battling for its revenues, while regional and international parties are trying to cook a scenario for them on a quiet fire and in a manner that preserves the status of this province like other cities of the Oil Crescent of Yemen under external guardianship, however, it may redraw the future of the transitional and reduce it, and this is a regional pre-planned.