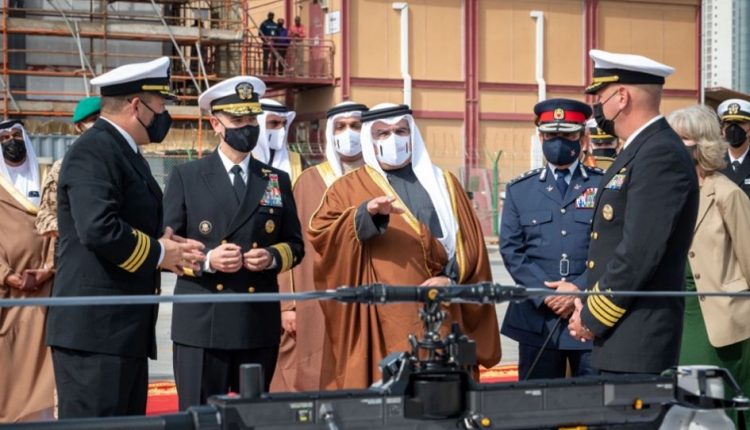 
Diplomatic sources revealed, last week, the motives of the escalating Israeli movement in Yemen file, this coincides with Israeli media highlighting the threat and the alleged operations in Yemen.

The sources reported that Israel is trying to market itself as a target of what it describes from “Houthis.” in order to persuade the Arab and Gulf countries to accept their leadership of the joint duty forces that United States recently established, about 60 countries, including Israel, participate in it. Its mission revolves around spreading along the Yemeni coasts from the Red Sea to the Indian Ocean and the Arabian Sea, passing through the Gulf of Aden and Bab al-Mandab.

It is expected that the leadership of these Bahrain-based forces will move from the United States, which has led them since its foundation last February, with large-scale maneuvers in Bab al-Mandab and the Gulf of Aden to Israel in October.

This unit, reinforced with various defense systems, undertakes the tasks of securing navigation and monitoring what US officials describe as threats to shipping through these strategic sea-lanes.

According to the sources, Arab and Gulf countries such as Saudi Arabia and Egypt still oppose handing over to Israel the task of commanding these forces. This prompted Israel to move in the media to talk about the danger lurking from Yemen.

This week, the Hebrew media devoted a wide space to talk about Yemen and the threats coming from it.

The Arabic-language Israel 24 channel quoting from Israeli sources, saying that the Israeli leadership is awaiting an attack from Yemen, while other sources on Tel Aviv claimed an air operation recently targeting what it described as an Iranian base in Sana’a.

Although Israel has been participating in logistical support since the start of the war on Yemen in March of 2015, according to the admission of Israeli military officials, however, its leadership of the international forces will enable it to re-implement its purposeful agenda, to re-correct the shipping lanes from the Arabian Sea, the Indian Ocean and Bab al-Mandeb Strait to the ports of Eilat on the Red Sea.