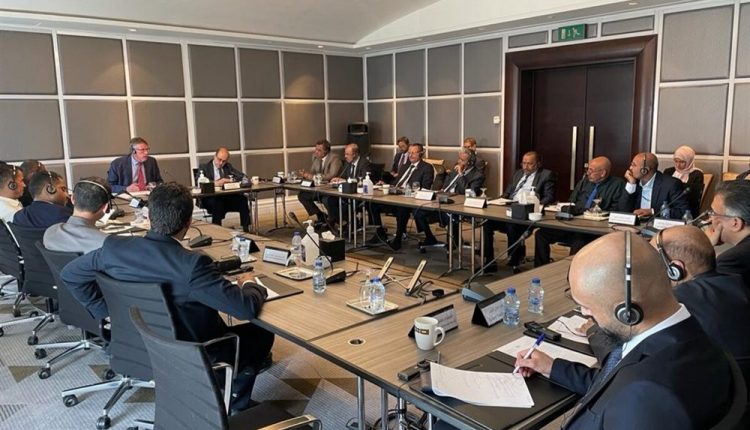 
Yemeni file witnessed on Saturday, an unprecedented international movement before the resumption of negotiations amid international reliance on expanding the armistice in preparation for its extension.

The ambassadors of five permanent members of the Security Council held a meeting with the delegation of the Presidential Council, diplomatic sources stated that the meeting included pressure on the delegation to be flexible in dealing with the proposals submitted for a solution and not to complicate the situation during the upcoming session, which was described as the task.

In this context, the British ambassador to Yemen, Richard Oppenheim, called for the extension of the armistice, at the same time warning of what he described as a return to the war square.

In return, the United States agreed to completely open Sana’a International Airport during the coming period

according to the Jordanian journalist Waheed Al-Tawalbeh, who indicated that negotiations were held under the auspices of the United Nations between Sana’a and Washington.

The motive of Washington, whose ambassador begged in a new statement from what he described as “Houthis”, to save his country’s face in Taiz, is not known yet. But the timing of the new US concession indicates Washington’s efforts to push for an extension to the armistice at any cost.

These developments come ahead of a new round start of negotiations to extend the armistice, as Sana’a Military Committee left for the Jordanian capital, Amman, during the past hours, according to media sources.

Sana’a requires the expansion of the truce, including the payment of salaries before any entry into a new extension to the truce, which expires on the second of next October.