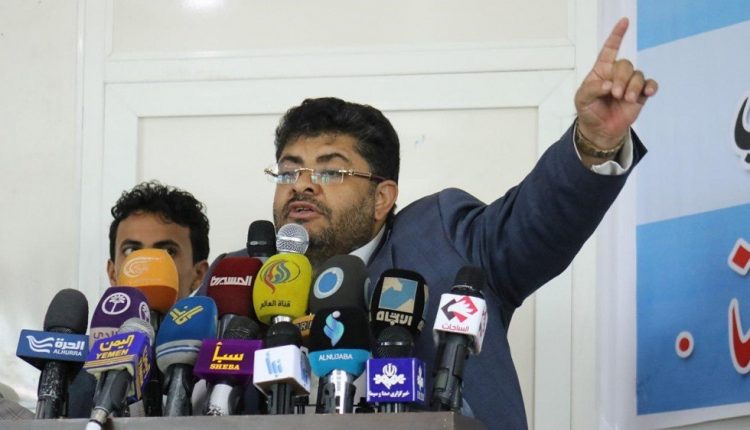 Al-Houthi: Our Major Battle Will Be the Battle to Liberate Al-Aqsa


A member of the Supreme Political Council in Sana’a (SPC), Mohammed Ali Al-Houthi, denied on Saturday reports published about targeting a site in Yemen by the Israeli army.

“Stopping the battle with the Saudi-led coalition depends on lifting the siege, and the coalition does not intend to break the siege, “which confirms that the battle continues and our forces are ready to continue repelling the aggression,” al-Houthi said in an interview with Al-Mayadeen TV.

He pointed out that “the violations committed by the ‘aggression coalition’ would not discourage them from being present for the great battle and for victory and for taking revenge for the Yemeni people and the Arab and Islamic nations.”

Al-Houthi went on to say: “We hoped that our direct battle would be with the Israeli enemy,” due to “the wars waged on Yemen are preemptive wars that the enemy working to provoke, in order to the nation remains full of wounds in various countries such as Yemen, Syria and Libya.”

He stressed that the major battle which the Yemeni people and the peoples of the nation must mobilize would be the battle to liberate Al-Aqsa, considering the war with the coalition an exercise in liberating Al-Aqsa.

Regarding the recent acceptance of the truce according to the current conditions, Al-Houthi confirmed that “recent decisions have been still studied.”

“Our acceptance of the truce comes because we do not want to continue the war, but if they continue their attacks, we will not stand idly by,” he added.

In his talk about the development of the Yemeni forces, al-Houthi said: We have deterrent weapons that can achieve victory.

More than 40,000 Pregnant Women Died during War on Yemen