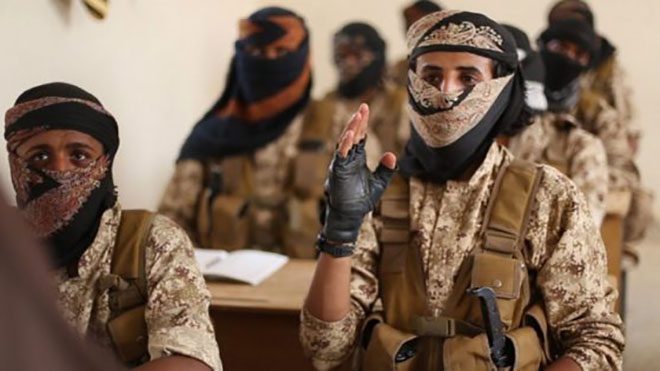 Reorganizing the Ranks of ISIS in Hadhramaut


ISIS revealed on Tuesday, that it had rearranged its ranks in the oil province of Hadhramaut, east of Yemen. This coincides with an international and regional race to control the province’s wealth.

Accounts of the organization’s members on social media reported that the organization decided to appoint a new governor for the state of Hadhramaut, instead of the Sudanese Khyber, the former governor, who arrested by the Emirati forces and their affiliated factions, because of the division caused by his leadership within the organization, which widened the differences in its ranks.

According to the accounts, the new governor holds Saudi citizenship, without disclosing his name.

Bin Faisal stated in a post on his official page that Al-Azdi became the most wanted leader after his involvement in targeting prominent leaders in the organization was proven.

The reunification of “ISIS” currents that have suffered during the past period from internal conflicts due to regional and international polarizations coincides with a new race to control the most important province.

UAE is pressing through its affiliated factions to penetrate the oil plateau in Hadhramaut, while Saudi Arabia is trying to repaint the scene there, in order to keep it away from the influence of Islah and cut the road from the transitional, but the most important thing is to strengthen US military deployment in the province under the pretext of “fighting terrorism.”