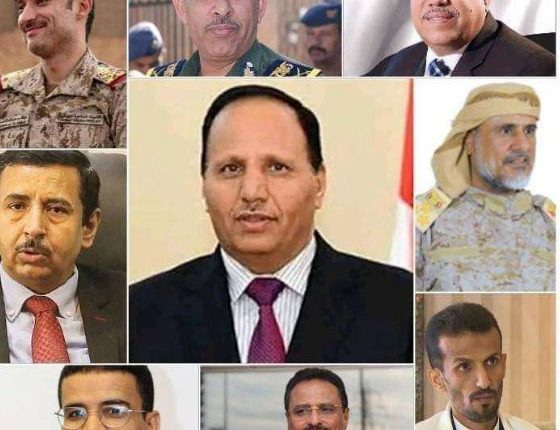 
A number of leaders allied with Islah announced, on Wednesday, that they withdrew from its council only hours after it was formed in a painful political blow to Islah, which was seeking to alter its political status for the phase after-Shabwah.

Ahmed Obaid bin Daghr, head of the Presidential Authority Council, and Muhammad Alla, the media official, in addition to Hassan Abkar, the former leader of the party’s factions in Al-Jawf refused participation in the so-called “National Salvation Council”.

Abkar said in a tweet on his social media page that the council was a dream to avoid the current situation, but it failed, while bin Daghr and Jumaih indicated that the council is no longer valuable, in reference to the military loss and political influence of Islah and efforts to neutralize it.

And media affiliated with the party and broadcasting from Turkey had published, earlier on Tuesday, news of naming the leaders of the National Salvation Council membership of the aforementioned leaders.

Hamid Al-Ahmar, has been trying to form the council for years, but disputes swept through it and led to its failure.

And he tried to reform it during the past days to re-pay the council in an attempt to form a political front against the new authority loyal to the coalition in southern Yemen, but the announcement of the withdrawals was an early failure of the Council and a second strike for Islah in less than 24 hours in light of the defeat in Shabwah, amid calls from within the party to re-form alliances north.

The media leader in Islah party, Mukhtar al-Rahbi, had confirmed that the alliance is the real enemy, waving to make choices that Islah does not want.

Al-Rahbi said in a tweet on his Twitter account that for years they have been pushing us to make choices that we do not want, we try in every way not to go this way, but at the end, it will be a necessary passage to change the bitter reality. We made concession after concession for the sake of the homeland, but it turned out that they are the real enemy.

Al-Rahbi pointed out that the battle in Shabwah is a round between rounds, and the coming is more intense.

Observers believe that the options that Islah may take are to ally with Houthis against forces loyal to UAE.

Al-Alimi Seeks to Establish Alliance between GPC and Islah…