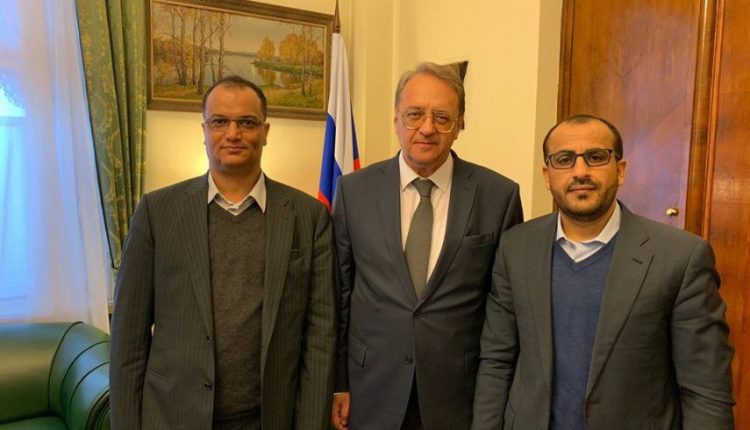 Abdul-Salam told Al-Mayadeen TV that the visit came in an exceptional and sensitive circumstance to find a vision for the benefit of the people of Yemen at such a stage.

“Within the framework of our work as a national delegation, we hold many official, announced and unannounced meetings, and this is not the first visit to Moscow,” he added.

He affirmed that a discussion was held with the Russian side about the broad impact of events in Yemen, especially after the developments in Ukraine, pointing out that Yemen sensed the American danger early on.

“There are real changes in the Russian position and the realization that Yemen can be a strategic influence,” Abdul-Salam said.

He stated that “there are new challenges that we share with Russia, Iran, the countries of the Axis of Resistance, and other countries affected by American hegemony.”

“Washington is managing the Yemeni file from behind to serve the interests of “Israel” and the narrow interests of Saudi Arabia and the UAE, and the war against Yemen is led by the US, British, and Western,” Abdul-Salam explained.

He also added that “there is an awareness that Yemen represents a strategic point at the regional and international levels, and pointed out that as long as the war and siege continue, Yemen has the right to move in the world with all those affected by the American project, including Russia.”

If Truce Fails, We Will Go to Military Escalation, Results Will Be Greater: Houthis