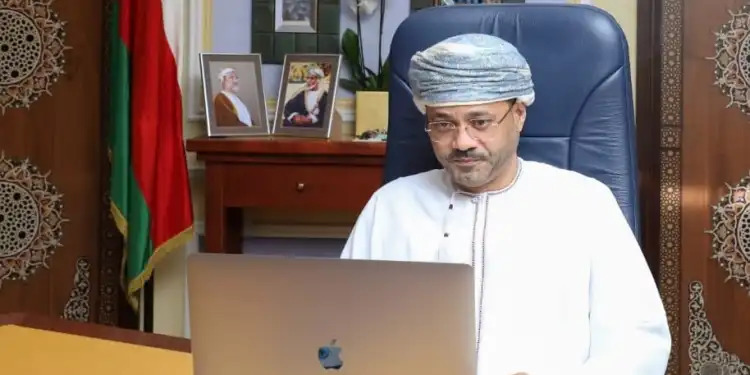 
The Sultanate of Oman confirmed on Sunday, the start of mediation between Sana’a and Washington regarding the extension of the armistice, in conjunction with the arrival of a high-level delegation to Sana’a.

In a statement, the Omani Ministry of Foreign Affairs stated that discussions took place between Foreign Minister Badr al-Busaidi and his American counterpart, Anthony Blinken, on efforts to extend the armistice in Yemen, according to the statement.

The US-Omani talks coincided with the Sultanate sending its delegation to Sana’a, where the United States is currently throwing all its weight to extend the armistice.

The American envoy to Yemen, Tim Lenderking, who arrived in Saudi Arabia a few days ago, and the American ambassador, who met leaders in Al-Barakani Parliament in Cairo, is also involved in an unprecedented movement to push for the extension of the truce.

The US delegate to the Security Council Greenfield said in a press statement that her country is trying to push the armistice towards a permanent cease-fire.

Through the armistice, the United States seeks to secure oil and gas exports from the Gulf markets. It also fears that the collapse of the armistice will lead to an escalation that will confuse its accounts internally, where President Biden is trying in his election campaign to portray the truce as an achievement of his pledges to stop the war on Yemen, and external energy supplies in light of the conflict with Russia.

Muhammad Abdul Salam, head of Sana’a negotiating delegation, said that the visit aims to consult with the leadership on developments related to the armistice, and the proposals made by UN envoy to address humanitarian and economic issues.

The Omani delegation arrived in Sana’a for the second time in months.

The Omani visit coincided with the truce approaching its end, amid Sanaa’s refusal to extend it, in its current state.

A number of officials in Sana’a stressed on the need to expand the truce through the payment of salaries and a complete lifting to the siege.

The visit comes as part of an international and regional movement to extend the armistice, which expires on August two.