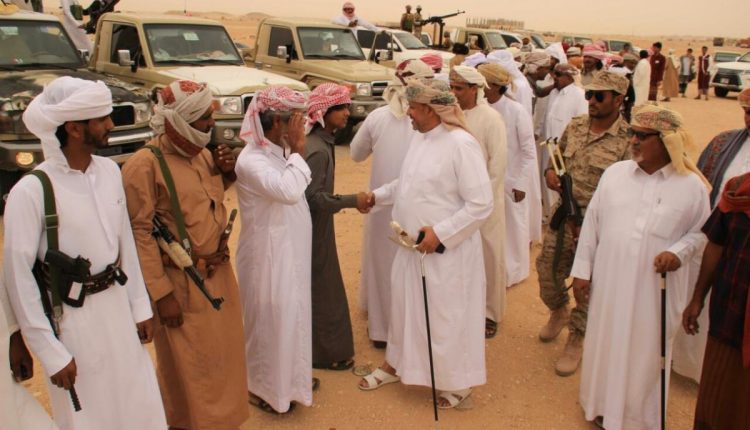 
The storming of foreign forces into the house of the most prominent symbols in Al Mahrah against the foreign presence, sparked on Sunday, outrage in the Eastern Province, which is witnessing a state of tension against foreign forces deployed in its capital.

The General Council of the Sons of Mahrah and Socotra, one of the most prominent political and social blocs in the governorate, issued a statement condemning the storming of the house of Sheikh Ali Al-Huraizi by US-British forces. He described it as a blatant violation and provocation to all the sons of Mahrah, expressing the council’s support for Sheikh Al-Huraizi.

He also warned of reactions to that operation, which he blamed foreign forces for, considering that it targets all those who refuse to drag the province to conflict and chaos.

The statement called on international organizations to monitor these violations, which are added to the process of systematic disruption of public life in the province, starting with closing the ports.

Hundreds of militants from Al-Mahrah tribes flocked during the past hours to the house of Sheikh Al-Huraizi, in the strongest response to the “occupation” attempt to target what the council statement described as a national symbol defending Yemeni sovereignty.

Sheikh Ali Al-Huraizi had returned on Saturday to the city of Al-Ghaydah, the administrative center of Al-Mahrah province, in eastern Yemen, hours after a storming operation carried out by joint US – British – Saudi – Emirati forces.

Al-Huraizi said in his first appearance through a video clip that he published from his house in Al-Ghaydah that the intruders filmed the house before withdrawing.

The return of al-Huraizi, who is considered the most prominent and influential sheikh of al-Mahrah, is considered a challenge to the foreign forces stationed in the province, that  seeks to pass the plan to convert the governorate bordering the Arabian Sea and the Indian Ocean into a corridor for the export of Saudi oil, instead of the Strait of Hormuz, which is supervised by Iran.

After arriving at his home, Al-Hurayzi called all free people of Yemen, to stand with the opponents of the foreign occupation in Yemen.

The storming of Al-Huraizi’s house came days after he published documents related to the Saudi historical hostility to Yemen, as well as the schemes woven by Riyadh against Yemen.