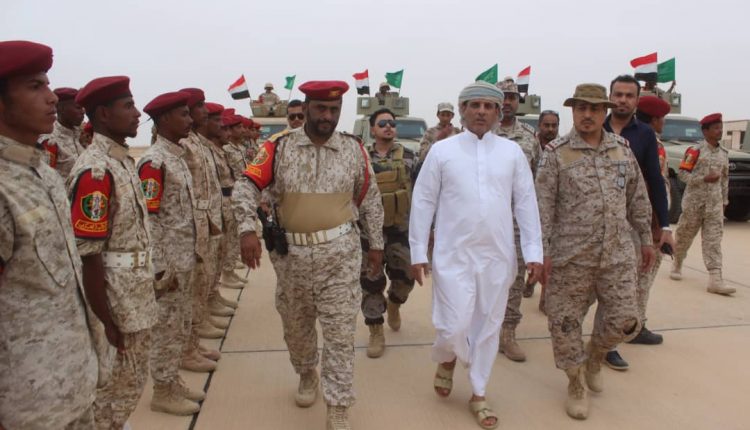 
Hours after storming the house of Sheikh Ali Al-Huraizi, the most prominent leader opposing what he describes as the “foreign occupation” in Al-Mahrah, eastern Yemen, Saudi Arabia, seeks to take over the strategic province, to load loyal Yemeni factions with the repercussions of the storming in an attempt to blow up the military situation there.

Saudi media, most notably Al-Hadath channel, statements attributed to unknown sources were published denying that the “Military Police” faction was behind the storming, in a move described by observers as an attempt to portray the storming as being carried out by Yemeni factions only a few months have passed since its creation by the Saudi forces.

According to observers, the fatal mistake made by the Saudi media, it is represented in the context of the news that this faction, which was deployed in more than one region, his forces were on a mission in the port of Nishtun, like a few soldiers, and no military force that Saudi Arabia prepared and trained well before assigning the missions of deployment in AlMahrah.

The Saudi goal is to talk about the “military police” that have precedents in proxy confrontations against the sit-in committee led by Sheikh Ali Al-Huraizi, an attempt to deny a foreign role in the operation, and an explicit call for fighting in the province, which is still the biggest obstacle in the way of Saudi plans seeking to acquire its geographical location at the intersection of the Arabian Sea and the Indian Ocean, according to observers, this is what Al-Huraizi and the forces were keen to avoid referring to an attempt to block Saudi Arabia’s desire to fight, Al-Huraizi only indicated to the identity of the foreign forces that stormed his house.