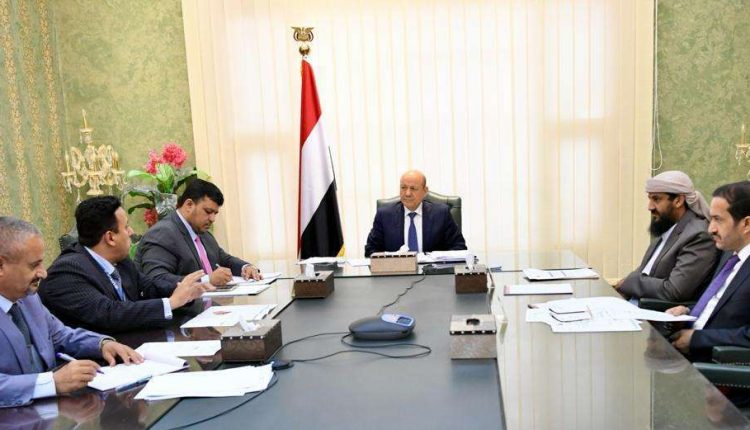 
Aidarous Al-Zubaidi, head of the transitional council calling on Wednesday, for the secession of the south, suspended his participation in the meetings of the Presidential Council, coinciding with his return to the state of the south.

Al-Zubaidi was absent from the presidential meetings, although the session was considered the most important, because it focus its discussion on the upcoming changes in Maeen government and the restructuring of the institutions under the authority of the Council.

Al-Zubaidi appeared in a meeting with STC leaders, during which he affirmed his adherence to the “disengagement” in the south.

Sources in the Transitional Council reported that Al-Zubaidi boycott comes against the backdrop of disputes over the candidates for seven ministerial portfolios that are expected to be changed in Maeen government.

Among the posts are the ministries of defense and interior, STC insists on handing over one of them, and Ali Nasser Lakhsha, the Deputy Minister of Interior, has been nominated for the position of minister.

The differences also center on the stay or change of a Maeen where the UAE is pressing through Al-Zubaidi to remove him, while the Saudi ambassador insists on his staying.

YOU Company Reveals Damages of Stopping Its Network in Aden, Demands Compensation