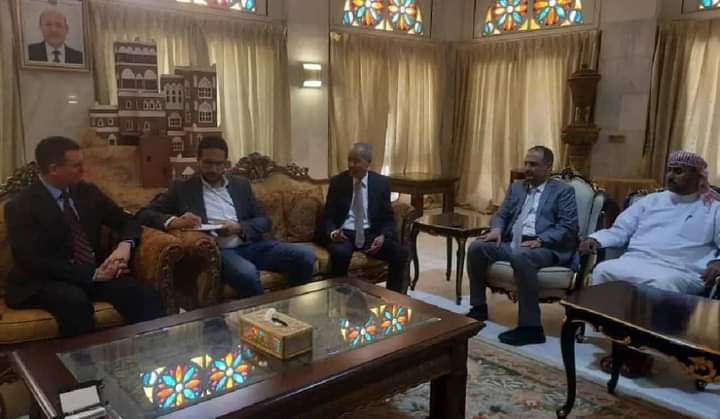 
The United States directed on Tuesday, a strong blow to the Transitional Council, which calls for the secession of southern Yemen after pulling out the most important files from its hand.

The security attache of US embassy in Yemen, David Shatt, met during the past hours with the inspector general of the Ministry of Interior in the government of Maeen, and the counter-terrorism official in the ministry, they are two leaders affiliated with Islah Party.

The meeting discussed, according to government media, ways to combat terrorism.

The meeting came hours after the Presidential Council issued a decision to form a committee led by the Transitional Governor in Aden, Ahmed Lamlas, to take over the file of combating terrorism.

The United States had ignited differences between the transitional factions, after trying to hand over his file to the Giants Brigades, which also assigned it, to secure the oil fields in Shabwah.

Yemen Loses $5 million due to Seizure Fuel Ships during Truce