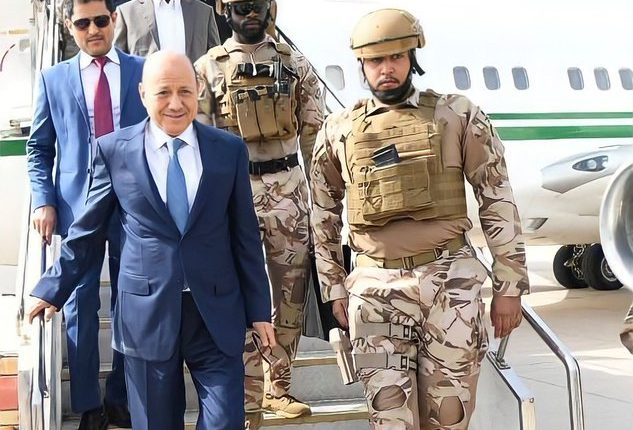 
It seems that the Western-Russian war in Ukraine has forced Washington to take precautionary measures towards the Yemen war.

According to an analysis issued by Yemeni Press Agency, the US administration was keen to exclude the participation of the Head of Saudi-formed Presidential Leadership Council, Rashad al-Alimi, loyal to the Saudi-led coalition from participating in the Jeddah summit that brought together US President Biden with the leaders of the Gulf states, along with Egypt, Iraq and Jordan. Although Riyadh had announced earlier that Al-Alimi would participate in the summit.

There is no longer domain for compliments

It looks that the delicate situation which Saudi Arabia is living, due to its defeat in Yemen, can no longer tolerate any compliments showing Al-Alimi as a recognized leader in Yemen just because of the childish desires of Saudi Crown Prince Mohammed bin Salman.

Observers believed that the American sacrifice of Al-Alimi and the embarrassment of the Saudi regime in front of the world by excluding Al-Alimi from participating in the summit, was a matter imposed by the necessities of the stage, in order to avoid any hostile positions by Sanaa, which may lead to heavy losses that the United States does not want at the moment in order to preserve Saudi oil from the Sanaa military strikes, especially Gulf oil has become a mainstay for compensating Russian oil imports to the West Countries. It is not possible under any circumstances to allow Saudi and Gulf oil to be exposed to any kind of risks that might affect the flow of oil, even if it was required by sacrificing Mohammed bin Salman himself, and not just excluding Alimi who has no potency.

If the Saudi regime was implicated in announcing Al-Alimi’s participation in the Jeddah summit, Washington has the ability to restore things to normal for imposing its will on everyone, no matter how embarrassing the Saudis may be.

Although Biden summed up Saudi positions by declaring that Saudi Arabia had “agreed to extend the armistice in Yemen,” many observers considered this a clear recognition by Washington that the United States is running the Yemen war.

A number of political analysts believed that Biden’s announcement of Saudi Arabia’s agreement to extend the truce, and not leaving the matter to the Saudis had indicated that Washington transferred the issue of the war on Yemen from the hands of the proxies to the American hand directly.

However, the American confusion became clear, in which the United States is experiencing a state of confusion regarding the war in Yemen, against the background of the war imposed by the Russians on Ukraine, and they did not allow the Americans this time to choose the time that suits Washington.

Finally, the final statement of the Jeddah summit, which declared “hope to deal with the solution in Yemen in accordance with the Gulf initiative,” that Washington is suffering from a state of great confusion, given that the “Gulf initiative” presented in 2011 for the resignation of former President Ali Abdullah Saleh was outdated, and that events in Yemen have exceeded the “Gulf Initiative”.

Extending Truce in Its Current Form Is Miserable Attempt: Al-Ajri