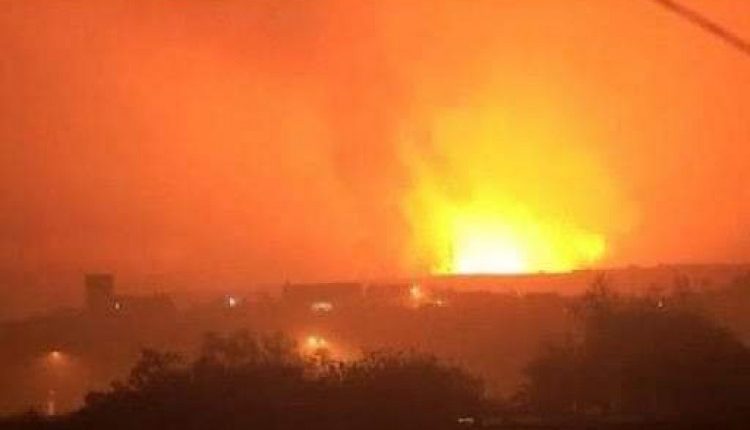 
Tribal sources in Shabwah revealed, on Tuesday, the scenes of the explosion that shook at dawn a camp for the giant’s forces, loyal to UAE.

The sources reported that an American drone launched a raid on Marrah camp of the Giants Brigades, east of the capital, Ataq, it pointed out that cars with Al-Qaeda flags left the camp after the raid.

The American raid comes at a time when the province, rich in oil and gas, is witnessing new arrangements, most notably the sale of the most important oil fields to a foreign company; another is related to UAE’s attempt to circumvent Western-American efforts, to resume gas exports to the European market.

It is not yet clear whether the raid was a message to UAE, which, over the past years, has been promoting the deployment of its factions in the oil province as a confrontation with al-Qaeda, or blackmailing America, However, its timing reinforces the accusations of Salafist faction on its ties to terrorist organizations.