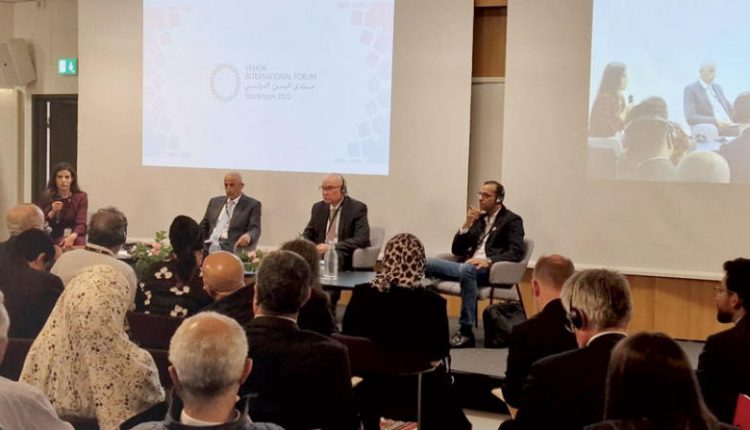 
International meetings on Monday revealed American-European discrepancies Concerning Yemen would complicate the chances of peace in the country, which has been subjected to war and siege for eight years.

While the European Union, whose citizen is supported by the international envoy, Hans Grodenberg, revealed on a great interest to achieving progress in the file of ending the war, the United States emphasized that the prospects for peace remain elusive.

Deputy Director of the Middle East Department at the European Union Karl Hallgaard, during the discussion of US-regional efforts in Yemen, indicated that the European Union is eager to support the Yemeni economy, but he linked this to opening roads in a move that reveals the union’s link to any support for the successes of the international envoy’s mission.

For his part, the American expert Fernando Carvajal said that the peace process in Yemen is far away, revealing his country’s failure to conclude a deal with what he described as “Houthis” to achieve peace.

These discussions come ahead of a new round that is expected to start by US envoy to Yemen, the middle of this week and includes the Sultanate of Oman, according to a previous statement by US State Department, It is an indication that the foreign agenda is still the biggest obstacle to pushing for a comprehensive settlement in Yemen.