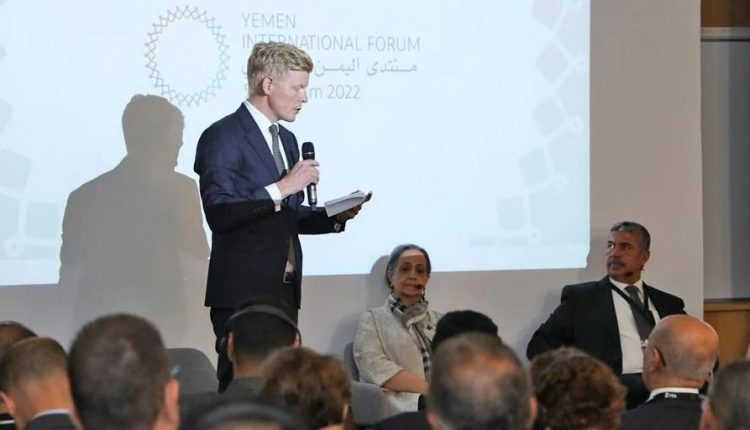 
Yemeni politicians and activists launched an attack on Sunday, on the UN envoy to Yemen, Hans Grodenberg, and the international organization, with their sponsorship of events, they have become almost entirely Yemeni unanimously agreed that they are useless.

This coincides with the United Nations continuing to mislead public opinion in Yemen at the Sweden Forum; at a time, the citizens were looking forward to achieve more benefits of the armistice.

They accused, in tweets on their social media pages, the envoy by trying to escape the entitlements of the armistice to swimming in the shallows, the forum, to which donors have pumped millions of dollars, focuses on what the United Nations describes as the rights of minorities such as Jews and Christians, as well as women and youth.

Over the past days, the forum axes have remained marginal, and the place to raise regional and racial differences is more than consensus

Many Yemeni forces boycotted the forum, to which independent figures were invited. Shawqi Al-Qadi, a member of the Parliamentary Islah Bloc, says that if foreign forums and conferences provided solutions to countries’ problems, the Palestine issue would have been resolved decades ago. He agrees with the deputy head of the media department of the conference, Abdel Hafeez Al-Nahari, who sees the forum as an attempt by the internationalists to escape from the entitlements of the armistice, which was expected to witness a breakthrough at the level of opening Sana’a airport and the port of Hodeidah and the payment of salaries, with its extension for a new period.

Yemeni Expatriate Died after Being Tortured in Saudi Arabia