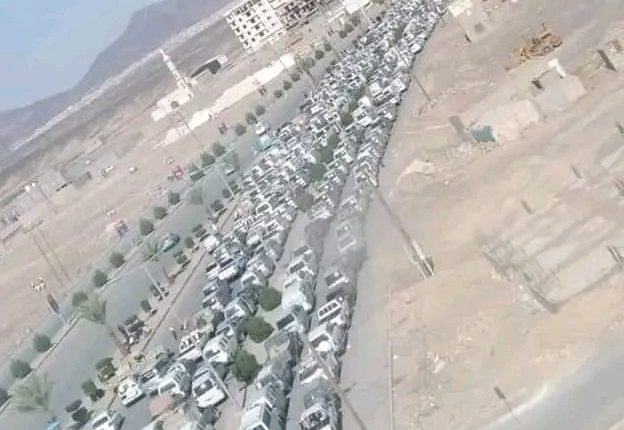 
A statistic on Yemeni oil revenues extracted from Marib fields revealed that they achieved $5.8 billion during the period 2015-2021.

The statistics showed that the total daily revenue from oil and gas sales from Marib amounts to $2.7 million.

Residents of Yemeni provinces in Marib complain of a stifling crisis in oil derivatives, as a result of the corruption of pro-coalition government, while the province is located on one of the most important oil fields in Yemen, there is a refinery in Safer whose production is sufficient to cover the needs in the governorate.

Citizens in the city of Marib said that the city’s oil company distributes oil derivatives with a system of 40 liters every two weeks to vehicles; this doubled the suffering of citizens.

Queues in front of petrol stations lined up for long distances. Meanwhile, the local authority in Marib did not explain the causes of the crisis that has been going on for several weeks.

On the other hand, the gas station in Marib was completely out of service last Sunday, in conjunction with a stifling fuel crisis experienced by the city’s residents.

Citizens in the city complained about the total power outage, under high temperature, dry desert climate.

Citizens accused the local authority in Marib and the coalition of looting the province’s wealth and depriving its children of their basic right to services.