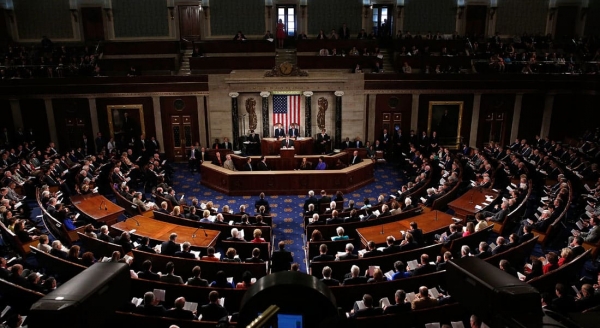 
The administration of US President Joe Biden is preparing for its latest battle against Saudi Arabia in Yemen.

This coincides with the continuing disagreements between the two parties, amid the faltering Biden’s attempts to visit the Kingdom before the midterm elections.

The US Congress is preparing to vote on a draft resolution submitted by 50 Republican and Democratic lawmakers, includes ending military support for coalition in Yemen.

The Intercept website, which specializes in US foreign affairs, reported that the project includes stopping all forms of support for Saudi Arabia in its war on Yemen, including logistical and intelligence support.

The bill, for which Congress summoned the country’s highest war powers, includes preventing any American from leading, coordinating, or participating or even accompanying coalition forces engaged in hostilities, not to mention preventing the coalition from providing maintenance services and spare parts.

The American move at the level of Congress, with the strong participation of Biden’s “Democrats” party, coincides with moving Saudis’ file in the events of September, and all of that come at a time when disputes continue between Saudi Arabia and Biden, who is trying to visit Riyadh to secure sufficient funds, to support his mid-term election campaign, in which he faces the risk of falling due to several factors.

In this context, the American channel NBC quoted on White House officials as confirming the postponement of Biden’s visit to Riyadh, which was expected this month, without specifying the reasons.

Biden had announced his intention to visit Riyadh, which he had vowed before at the White House to isolate her, this sparked controversy in American circles.

It is not yet clear whether the postponement of the visit was in response to the Gulf countries’ reception of Russian Foreign Minister, earlier last week and the confirmation from Riyadh of their refusal to align themselves with the West against Russia or for other accounts, but it also coincided with Washington’s intensification to its actions in the Yemeni file, and under conditions that may return the war to its first course, it indicates that Washington may re-explode the situation to keep Saudi Arabia in the quagmire.

Report: 3,182 Yemeni Children Have Been Killed during Eight Years of War