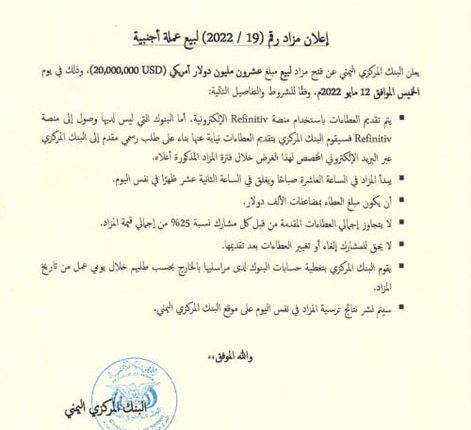 
The local currency returned to an unprecedented collapse on Tuesday, in the city of Aden and the coalition-controlled areas in southern and eastern Yemen, amid indications of further deterioration and fears of its proponents.

These developments prompted the central bank in Aden to resume pumping currency, by selling them at “black market” auctions in an attempt to control the currency’s collapse, where the bank announced that $ 20 million would be sold in a new auction, which is the 19th , since this step was adopted as an attempt to prevent a total collapse of the currency and to treat it temporarily.

The bank did not specify the new selling price however, sources in the bank expect that the reservation will exceed 1,000 riyals, which means that the dollar price in the market will reach more than 1,100 riyals.

In this context, the Transitional Council warned in a meeting of its Presidium today from the new currency collapse repercussions, in a move that was explained by the attempt of the council participating in the new authority to avoid themselves from the repercussions, and trying to play the role of opposition in the face of the Council in anticipation to any popular escalation.

Despite the Truce, Confrontations Spark in Marib