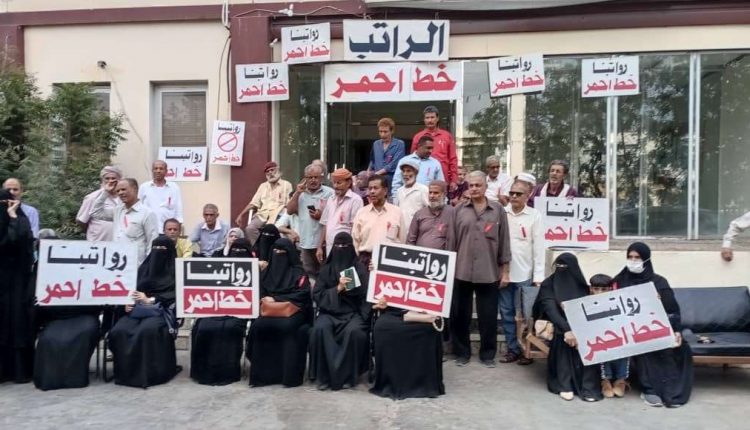 Aden: Protests Against Hadi’s Gov’t due to Financial Deductions


Hundreds of southern soldiers loyal to the Saudi-led coalition demonstrated on Wednesday, in the city of Aden, against the Saudi-backed exiled Hadi government.

The demonstration, which was organized by the so-called “Southern Military Commission”, demanded the head of the “Hadi government, Maeen Abdul-Malik, to pay the military cash dues suspended for 17 months.

According to Yemen press agency, the protesters condemned the deteriorating living conditions, as a result of the rise in food prices and oil derivatives.

They called for controlling over the revenues in the various southern provinces and putting an end to the influential and corrupt.

Early on Wednesday, Dozens of employees of the Oil Exploration and Production Authority held a protest in Yemen’s southern port city of Aden, demanding their dues.

In the protest, which took place in Khor Maksar district, they demanded lifting the injustice and stop the financial deductions that affect their financial entitlements.

They raised slogans denouncing the deduction of their salaries, considering it a violation of their rights without regard to their living conditions due to high prices.

Protesters threatened to take further steps if their demands were not met.