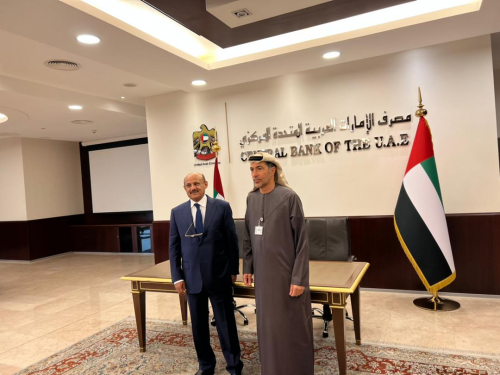 Secret Deal to Operate Balhaf in Exchange for Deposit from UAE


Sources in Hadi government revealed the details of the government deal with the coalition, concerning the operation of Balhaf liquefied gas facility in return for a new deposit to be spent in the eyes of UAE; this comes on the eve of the facility start-up that located on the Arabian Sea, southeast of Yemen.

The sources reported that the coalition forced Hadi government to grant UAE the right to supervise and selling the liquefied gas produced from Balhaf to the western market in exchange for a new deposit already delivered to the Central Bank of Abu Dhabi and disbursed according to Emirates.

The governor of the Central Bank in Aden had returned two days ago after signing an agreement with UAE Central Bank that included opening a deposit account, according to the sources.

For those who know the size of the new deposit, but the sources suggested that it is less than the previous Saudi deposit, estimated at two billion dollars.

The agreement will allow the alliance to avoid Western – American pressure to increase energy production, and to avoid those countries from the Russian reaction, it will also give Abu Dhabi the right to determine the price of a cubic meter of domestic gas, which Hadi government is still selling it, to the French company Total, and the United States has lost about three dollars. Although its price exceeded 45 dollars in the international market.

Houthis Welcome Talks with Saudi Coalition but in Neutral Country