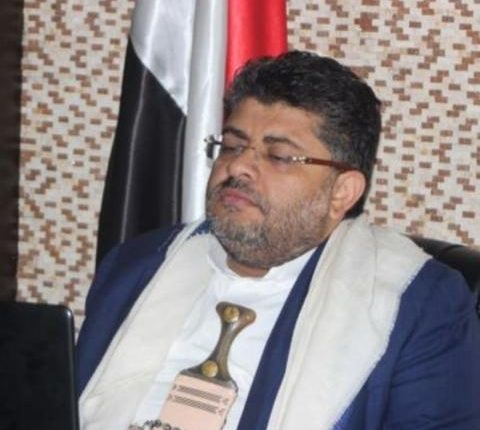 In response to GCC Initiative, al-Houthi: Riyadh Party in War, not Mediator


Mohammad Ali al-Houthi, Member of the Supreme Political Council (SPC), the highest ruling authority in Sana’a, commented on Tuesday a call made by the “Gulf Council for dialogue in the Saudi capital, Riyadh.

He said on Twitter: “What is being raised in the media out lets about the Gulf Council’s call for dialogue is in fact Riyadh’s call.”

Al-Houthi added by saying: Riyadh is a party to the war, not a mediator.

The British news agency, Reuters, revealed on Tuesday, quoting what it called “Gulf officials”, about Gulf Cooperation Council’s search for the possibility of holding a Yemeni dialogue in the Saudi capital, Riyadh with the participation of Houthis, a few days after specific strikes by Houthis targeted sensitive economic areas in the Kingdom.

The agency, quoting on two unnamed officials, said: “Official invitations will be sent within days”, to hold talks on the military, political and economic aspects” related to the Saudi war on Yemen, which is about to enter its eighth year.

The two officials described Houthis, according to Reuters, as “guests” who will hosted by the Secretary-General of the Gulf Cooperation Council, “Nayef Falah Mubarak Al-Hajraf”, at the council’s headquarters in Riyadh and “with his security guarantees.”

The authorities in Sana’a have commented on this development, which comes a few days after Sana’a forces carried out a qualitative military strike targeting sensitive oil sites inside the kingdom.