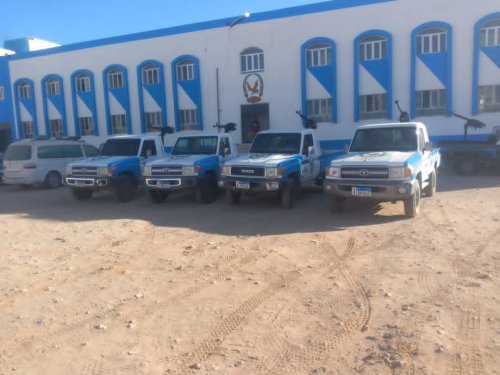 
UAE has tightened its security grip on the oil areas in Shabwah, ahead of the resumption of oil production, in a move that reflects Abu Dhabi’s fears of new military attacks.

Tribal sources in Baihan and Usaylan, which constitute the most important oil areas, reported that the director of Shabwah security, Awad al-Dahboul, began distributing a force loyal to Emirates and directly following the governor of the conference over the oil areas there. This coincides with the arrival of engineering teams affiliated with the Giants’ forces to begin fence off the border areas of the district with the neighboring Marib province.

These moves come on the eve of revealing that UAE directed its governor in Shabwah, Awad Ibn al-Wazir, to sign a new agreement with international oil companies, most notably the Austrian OMV. Which operates in several sectors in Shabwah.

Informed sources reported arrangements for the return of foreign crews to work, in oil production fields in Shabwah, which were disrupted due to the control of Islah factions.

Oil production for the UAE would strengthen its grip on the province’s resources, after it was facing pressure to leave the most important liquefied gas production facilities. Which is also preparing to resume work based on an Emirati agreement with the French operator Total, it owns about 39% of the company’s shares in exchange for arms deals for Abu Dhabi.